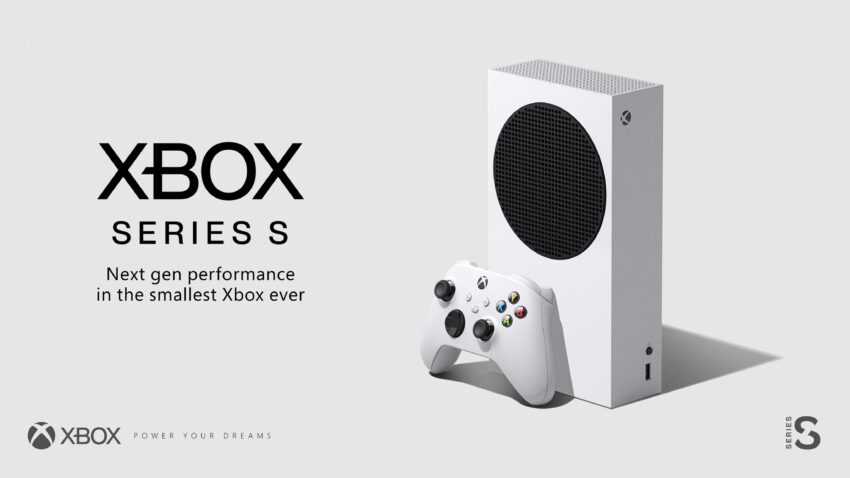 Should you pre-order the Xbox Series S?

Microsoft is announcing two new Xbox consoles this fall, the Xbox Series X is $499 for higher with high-end graphics and a disc drive, and a smaller Xbox Series S is  $299 with no disc drive and a lower-power processor.

If you are looking for a more budget-friendly way to get into next-gen gaming you may want to plan on pre-ordering the Xbox Series S when it goes on sale in the near future.

Microsoft confirmed that Xbox Series S pre-orders start on September 22nd, but they did confirm the price. If you want to make sure you get an Xbox Series S, you should plan on pre-ordering one as soon as you can. We expect they will be in short supply through the end of the year. Here are the reasons you should pre-order the Xbox Series S as soon as it starts;

And there are also a few reasons that you shouldn’t pre-order the Xbox Series S yet;

When the pre-orders start you should be able to order from Microsoft, Amazon, GameStop, Best Buy, Walmart, Target, and other retailers for $299. Most stores will not charge the full amount until the pre-order ships, but they may pre-authorize the price to verify the card and available funds.

Even if you miss out on a release date delivery guarantee you should still pre-order if you want an Xbox Series S anytime soon. The last time these pre-orders happened we saw release dates move around after orders were placed.

If you pre-order the Series S and then you find one in stock at a store, you can always cancel your pre-order or sell it to a friend or to another gamer in no time at all. In short, if you even think you want the new Xbox, order one. We expect that the Xbox Series S may be harder to find in stock than

Pre-Order to Play the Exclusives and Enhanced Graphics

Do you want to play the Xbox Series X exclusives? If so, you should pre-order so that you can play the exclusives as well as better looking versions of new Xbox games.

Halo Infinite is coming to the Xbox One, but you will get better graphics on the Series S or Series X. Some other games like State of Decay 3, Fable, Forza Motorsport, and many others will not come to the older Xbox One.

When you buy the Xbox Series S, you also get free upgrades for many recent games that you bought on the Xbox One.

Pre-Order For the Affordable Next-Gen

The Xbox Series S is the more affordable next-gen console. You are giving up a disc drive and you won’t likely get the same performance as the Xbox Series X, but you should expect to enjoy the benefits of the latest console.

The Xbox Series S is likely going to be the hardest console to find this reason, especially as gamers look for affordable upgrades. If you want to enjoy the newest at a good price, you should pre-order the Xbox Series S.

Don’t Pre-Order If You Want the Best Graphics

Do you want the best graphics and 4K gaming? The Xbox Series X is the console that you want on the Xbox side fo the fence. Expect to pay $499 to $599 for this console with a more powerful CPU, GPU, and potentially more RAM.

Gamers that are heavily invested in the best looking games will want to go with the Xbox Series X, even if it is out of stock initially. While the two consoles sound very similar, the Series X is going to be more capable and deliver better graphics.

Are you happy with your current gaming setup? Maybe you have the PS4 Pro or Xbox One X and a great setup of accessories and games, you may want to wait and pass on the pre-order window.

While most of the Xbox One accessories will work with the Series S, you may be tempted to spend a lot of money on new accessories and games. For gamers who have the perfect setup already, hold off and enjoy what you have.

Wait for Reviews & the PS5

Instead of pre-ordering and locking in the Xbox Series S for $299 without knowing how good it is, you may want to wait and see what the reviews say about the overall performance and graphics as it compares to the Xbox Series X and the PS5.

Many gamers will want to make an informed buying decision, which only happens when you know more about the console. We expect to see reviews land well after you would need to pre-order to get one this year.

Even with the potential to wait a while, it is. a good idea for many users to wait for reviews and more information.

If you want to save on the Xbox Series S, you will need to wait a while. We don’t expect any real Xbox Series S deals in 2020, unless there are bundles during Black Friday, and even then you will pay more than $299.

According to a study conducted for eBay on Xbox One sales, the best time to buy an Xbox Series S is likely 12 months after the release, which could help you save up to 35% off the retail price when you buy a used model.