Yesterday, HTC announced the new HTC One flagship smartphone, a device that will be the company’s answer to the iPhone 5, the upcoming Samsung Galaxy S4, and the many other smartphones that dot the landscape in 2013. And while it may have announced the phone, mysteries still remain including its release date in the U.S. and, oddly enough, whether the company intends on releasing a red version of the HTC One. 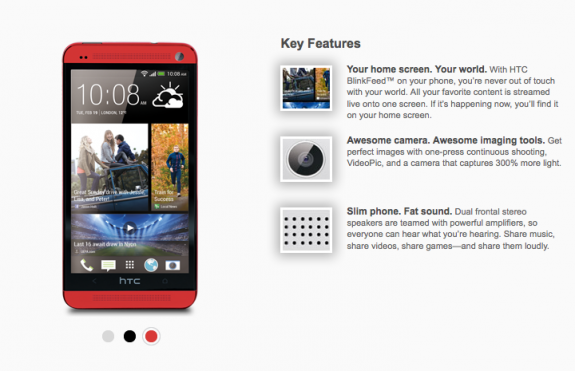 This is the red HTC One.

While HTC was mum on the specifics, rumors have pointed to March 22nd as a possible release date on AT&T, Sprint and T-Mobile. All three carriers will house the device on their high speed 4G LTE networks. HTC also failed to announce official pricing for the U.S. and that remains as mysterious as the release date.

At the event, the company also announced two color variants for the HTC One, a black model and a white/silver variant, which should be heading to carriers around the world. Oddly enough, the HTC One landing page also shows a red HTC One variant, something that the company left out of its official announcement yesterday. 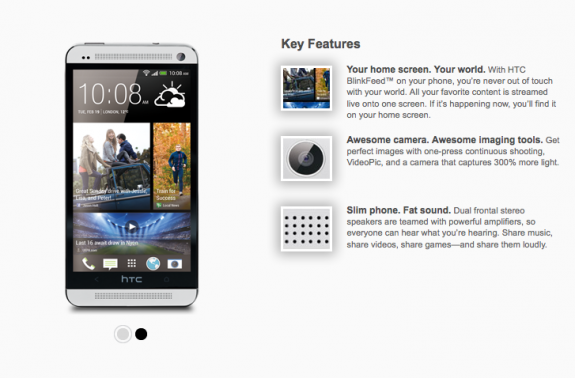 This is the same page without the red HTC One.

Unfortunately, the red HTC One remains a complete and utter mystery at the moment. Firstly, the color vanished suddenly today from HTC’s HTC One website in the U.S. It is also no longer visible on HTC’s site in Taiwan or the company’s global website. According to comments made to Android Central, the red HTC One was an error and the company is taking the color down to correct the mistake.

For what it’s worth, HTC told Gotta Be Mobile it “only announced the Silver and Black options” and that it can’t “comment on rumors of another color.” Problem is, this wasn’t a rumor, this was a red HTC One that was blatantly shown on the company’s website. We don’t often see companies put up official looking renders if something isn’t in the works.

So, more than likely, something is in the works though it’s unclear just what HTC’s plans are for this mysterious red HTC One.

Perhaps, the company is saving it for a Verizon model down the road. Or maybe, it simply jumped the gun and will be releasing the red model for other carriers down the road. We’ve seen Samsung launch new colors for its Galaxy S3 and Galaxy Note 2 models a long ways from launch so it could be that HTC does the same.

We’ve heard that the HTC One might be coming to Verizon at some point down the road and that the carrier may have wanted to space out the launches of the Droid DNA and HTC One. And we know how much Verizon fancies the color red. Problem is, we saw Samsung launch the red Galaxy S3 on AT&T, so, there is no guarantee, just like there is no guarantee that this color will emerge in the future.

At this point though, HTC isn’t saying what the red HTC One is exactly, and we don’t expect that stance to change until after the device arrives.