A new wireless carrier called Republic Wireless hopes to challenge the wireless industry starting on November 8 when it launches a new service that includes unlimited voice, text, and data for just $19 a month at a time when heavyweights such as AT&T and Verizon are doing away with unlimited data plans in favor of more costly metered plans. Repblic Wireless will employ a combination of WiFi, cellular, VoIP, and new hardware to make its low-cost service a reality. The company, part of Bandwidth.com, says that specialized Android phones will be required to tap into its network. 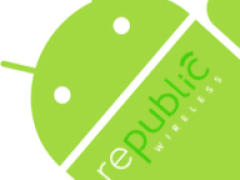 Similar to what T-Mobile is offering on some of its UMA BlackBerry and Android phones, Republic Wireless says that calls can be handled using VoIP technology and can be conducted on a WiFi or cellular network and have seamless hand-off. A customer, for example, can begin a call on a WiFi network and leave that network and continue to talk on a cellular connection.

The carrier says that text messages are handled the same way and can either be delivered over WiFi or a cell connection. There will be no caps for voice, messaging, or data under Republic Wireless’ business model.

The company says that its solution is internally developed though it will buy wholesale minutes from third-party wireless carriers. This would make Republic Wireless yet another MVNO, or mobile virtual network operator, that has its own business and business plan but buys network access from an existing carrier rather than deploy its own network from the ground up.

Republic still has not outlined what hardware requirements will be needed for specialized Android handsets to tap into its own network.