Over the holiday, separate security research teams have uncovered a security flaw in Samsung’s Knox security system which is designed to secure data on the company’s line of Galaxy Android smartphones. Samsung introduced Knox as a way for consumers to use the same phone for both work and personal use while at the same time appeasing IT departments thanks to enhanced security management policies.

Researchers claim that a flaw in the Knox software could allow malicious software that would allow hackers to track emails and record data from the phone. 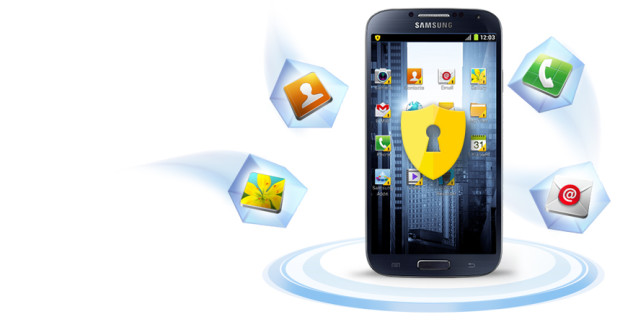 However, the South Korean Android phone-maker says that the threats are not that serious and appear “to be equivalent to well-known attacks.”

According to a report on CNET the flaw was discovered by Israeli researchers at Ben-Gurion University as well as by Ph.D. researcher Mordechai Guri.

Samsung says that the attacks were only able to be carried out because the device being tested by researchers wasn’t loaded with the extra software that enterprise customers would use alongside Knox.

Knox was designed as an alternative to BlackBerry Balance on BlackBerry smartphones, and Samsung has been pitching Knox heavily to corporations, enterprise users, and government agencies. Most recently, Knox is still being evaluated for use by the Pentagon.

It’s unclear how the discovery that Knox would affect Samsung’s outreach to the Department of Defense to get Galaxy phones and tablets approved. The company has so far not released any official statement addressing the potential vulnerabilities that were discovered, but a spokesman told the Wall Street Journal that Samsung will be investigating these claims and that it takes security vulnerability claims seriously.