While the Galaxy Nexus is currently only offered in the U.S. through Verizon Wireless as a 4G LTE smartphone with 32 GB of non-user expandable memory, international GSM buyers of the pentaband HSPA+ smartphone have a choice of 16 GB or 32 GB of on-board non-user expandable memory. It looks like Samsung is now having second thoughts about offering two memory configurations for the smartphone, and the Galaxy Nexus manufacturer has cancelled plans on offering the 32 GB variant in the future according to online importer Expansys USA. 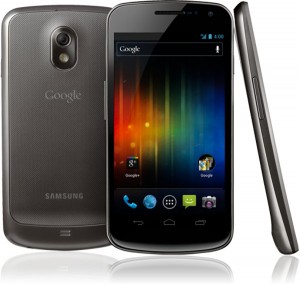 The website commented that it had received news that Samsung would not make any more 32 GB models of the GSM unit in the future:

We’ve just been notified this morning that Samsung have dropped the Galaxy Nexus 32GB from production. At this time it looks like they will not be releasing it. Not good news at all.

As it stands, many U.S. retailers that import the phone mainly stock the 16 GB version, and the 32 GB version would carry a slight price premium that would make the already expensive device even more expensive as it is sold unlocked without any carrier subsidies.

It’s unclear if Samsung intends on canceling the 32 GB version of Verizon’s Galaxy Nexus in the future and opt to instead offer the 16 GB model as well.

The move may be seen as detrimental to Galaxy Nexus owners as the smartphone comes with non-expandable memory. The storage on the phone is hardwired inside the phone and users cannot augment storage by means of a memory card. Users who purchase the 16 GB model, as a result, would be locked into 16 GB of storage for the life of the device and cannot add mores storage as their needs grow or change.

However, with cloud-based storage, some of the storage needs may be mitigated despite Samsung only offering a 16 GB model in the future. Google Docs, Google Music, and third-party storage solutions like Dropbox help users store more content in the cloud, rather than on their devices. Cloud storage allows users to store their content on a hosted remote server, and have access to said content over an Internet connection–either through WiFi, 3G, 4G, or even 2G. However, as more content gets shifted to the cloud, tiered data plans may be an issue of contention among power users.

Whether the move hints at the impending launch of Google’s own cloud-based storage called Google Drive is unclear. Google is said to be looking at the Google I/O conference this year to debut that service. As the Galaxy Nexus is a “Google” device, the move to decrease storage to save costs could potentially signal to Google Drive filling the void.