Rumors of a 4-inch iPhone 5 continue as the start of production nears.

Yesterday we saw reports from The Wall Street Journal saying Apple will use screens that measure at least four inches in the iPhone 5. Today Reuters reaffirms that Apple will use 4-inch screens in the next iPhone.

According to the publication LG, Sharp, and Japan Display Inc. are already working on early production runs of screens for the iPhone 5. The displays “will measure four inches from corner to corner,” according to one of Reuters‘ sources.

The three display companies will likely receive orders for the displays from Apple as early as next month. Following Apple’s timeline from last year, the iPhone 5 will then go into production in August, readying the phone for a release as early as September. 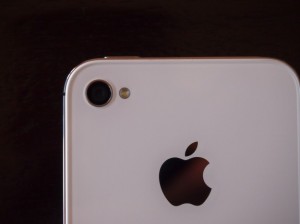 Or Apple could wait until October, which other rumors have pointed to. Waiting a month could satisfy a possible increased demand for the new iPhone design or let the company release the phone in more countries at launch.

A 4-inch iPhone 5 would be the first iPhone to break the 3.5-inch screen barrier. Every iPhone since the first in 2007 uses a 3.5-inch display.

Meanwhile, Android smartphones have grown from the 3.2-inch T-Mobile G1 to the 5.3-inch Galaxy Note, with many settling somewhere between 4- and 4.8-inch displays.

Samsung, Apple’s biggest competitor in the smartphone market, will release its 4.8-inch flagship Galaxy S III later this month and next month in the U.S. A 4-inch iPhone 5 could be Apple’s way of competing with larger phones while maintaining the Retina Display. The iPhone is the top-selling phone on AT&T, Sprint, and Verizon, but those larger Android phones have proven popular as well.

Other rumors for the iPhone 5 include the possibility of 4G LTE, a thinner design, a liquidmetal shell, and a new Maps app in iOS 6. We will likely find out more about iOS 6 at WWDC, but we’ll have to wait for the rest.