With smartphones now possessing better image sensors and some even boasting enhanced optics, we wanted to test out the Motorola Droid Bionic’s prowess at recording 1080p HD videos on a recent trip. I was out in Houston, Texas at HP’s campus and as luck would have it, the SD card on my JVC HD camcorder began to fail and the camcorder had problems writing to the card; fortunately though, I had my Droid Bionic. So how good is the Bionic’s camera performance compared to a standalone HD camcorder? 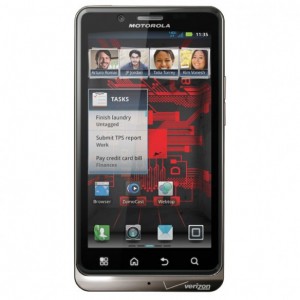 In my three days in Houston, I found that the Droid Bionic’s HD video recording capabilities, under certain situations, out-performs my three-year old HD camcorder, but in other environments the camcorder did a better job.

To start with, my standalone camcorder offers an optical zoom of 20X while the Droid Bionic’s optical zoom is basically 1X and anything over that is extrapolated via digital zoom. With digital zoom, things get blurry quickly. What this means is that you’ll need to be close to your subject if you want to record, which is fine as smartphone cameras are meant for impromptu, spur of the moment shots with family and friends. Also, if you’re closer to the subject, this means that you’ll be less reliant on zooming–digital or optical–and that means you won’t have to worry about blurs or shakes as the more zoomed in you are to the subject, the more pronounced any shake of the hand will be.

Speaking of blur, the Droid Bionic has an auto-focus mechanism when in video mode and the camera will try to continuously keep in focus when you’re recording. This works well if the subject that you’re recording is relatively still. However, as the auto-focus isn’t as fast as that on traditional camcorders, you’ll definitely notice the auto-focus mechanism in action, which appears to be quite often with any movement made by the subject.

In the sample interview video posted below, you’ll definitely be able to spot the auto-focus as the subject I am interviewing either moves his head up or down, or forward and back, or gestures with his hand. There are brief periods throughout the entire video where things blur a bit and quickly come into focus as movement is detected. In terms of auto-focus, if you’re taking action shots or are filming fast-paced videos with lots of movement, a standalone camera will surely work better than your smartphone’s camera, but the Droid Bionic shows a lot of promise with the continuous auto-focus in the video.

The area that smartphone cameras shine is with background noise cancellation. Many phones have multiple microphones to filter out background noise. As you can see in the sample clip that was recorded on my JVC HD camcorder just before the memory card started to act up, the, which typically does fine on larger trade show floors with noisy background sounds, picked up a lot of the background audio in the smaller confines of HP’s design studio. However, in terms of audio, the JVC also offered a consistent normal volume when it records audio whereas on the Motorola sample clip, the Droid Bionic’s audio does sound a bit muted and I find myself either straining to hear the audio bit or turning up my computer’s volume full blast. With the Droid Bionic, background noise was filtered much better.

Given that the Bionic has three microphones, the device was able to capture my voice, the interviewer, as well as the voice from the subject I was interviewing clearly while at the same time muting the audio noise surrounding me.

If you don’t need to zoom in, smartphone cameras with either 720p or 1080p HD video capture are now encroaching on the video camera market. I am seeing a lot more journalists and bloggers use smartphones to quickly capture videos and photos at trade shows, conferences, and events in lieu of a bulkier dedicated camera, and the functional results from the Bionic shows that it may be possible to begin replacing dedicated video cameras with smartphones today. Faster image sensors and processing speed may well help future smartphones focus better with fast action videos, but on a whim when you don’t have dedicated equipment on you, smartphones do a fine job of preserving memories.