Verizon’s rugged Android smartphone, the Casio G’zOne Commando, is now getting its software update, bringing with it Android 2.3 Gingerbread. The update is being rolled out over the air and users will be notified when the update is ready to be downloaded for their G’zOne Commando, but in the meantime users can also check manually for the update by going into Settings, hitting About phone, and tapping on System Updates. Additionally, the update brings a number of bug fixes to the phone, which should be welcomed. 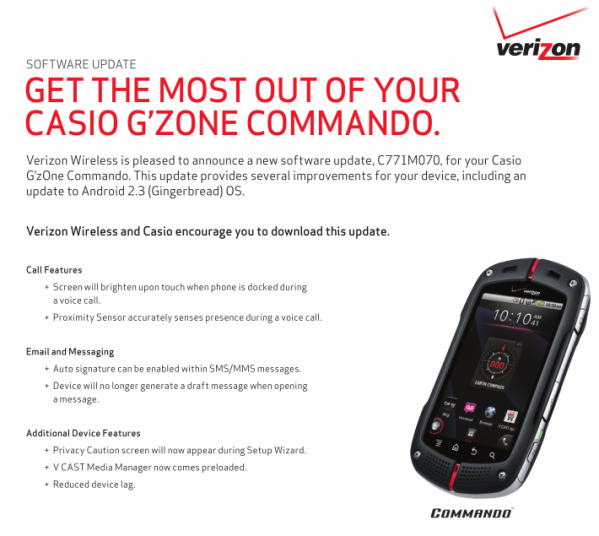