Amazon responded today to the challenge that Apple’s upcoming iCloud is sure to pose. Amazon announced that their Cloud Player (which launched a couple of months back) will now offer unlimited music storage, provided you buy a $20/yr. plan. The retail giant also announced a web app for their Cloud Player, which can be run in Safari on the iPad and iPhone. 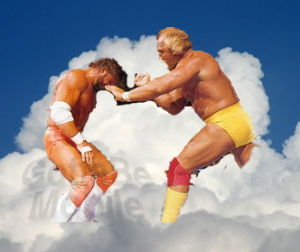 While non-music storage will still be limited, anyone signing up for the 20GB plan ($20/yr.) gets to store unlimited music on Amazon’s servers. Previously, music had been part of the same tiered storage as any other kind of data.

The iPad web app can be accessed by heading to amazon.com/cloudplayer on your iPad. You then have the option to add a shortcut to your home screen: 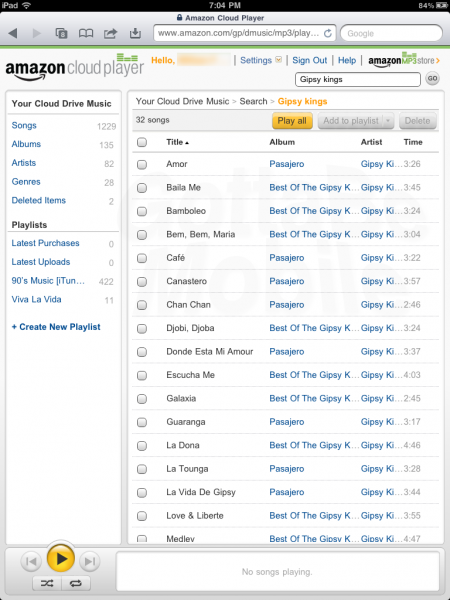 This comes after Apple announced that their upcoming iTunes Match service will scan your entire music collection, and download copies of it to all of your iDevices.

The two companies (as well as Google Music) are taking vastly different approaches to the cloud. Apple wants to lock users into their iDevices, so they centered theirs around an “invisible” background syncing on the iPhone, iPad, iPod touch, and Mac. Amazon’s cloud service takes a similar approach to Google’s, being tied to the web and Android apps. Amazon has yet to release an official iOS app, presumably because of Apple’s rules regarding in-app purchase links. Web apps, as we see here, are one way around that.

Regardless of the different approaches, Apple’s offering will be tough for Amazon and Google to fight. iCloud is essentially a background operation that iUsers don’t even have to know anything about. They just see their stuff on all of their devices.

One area where Apple is vulnerable is with music streaming. Namely, iCloud doesn’t stream – it just downloads all of your music to every Apple product you own. Some people would rather free up precious storage, so they may turn to the competitors even if they own Apple devices.

It looks like the rumble for the clouds is shaping up to be just as interesting as the social networking war. Stay tuned for the latest play-by-play.