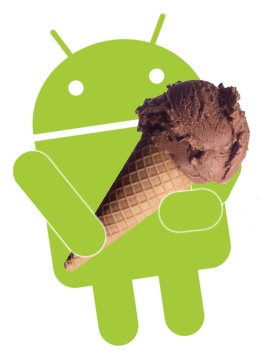 According to Pocket-Lint, Viewsonic is pushing out their ViewPad 4 smartphone with Android 2.4. The claimed reason they’re skipping ahead of the latest release, Android 2.3 Gingerbread, is to “ensure compatibility with dual-core apps”. Furthermore, they claim this version will retain the “Gingerbread” name, as dual-core compatibility will be the only change.

This counters previous reports that 2.4 will be codenamed “Ice Cream” though that’s a minor issue compared to the larger one of dual-core compatibility. According to their source, 2.4 will be the only version of Android that can run apps designed for dual-core systems on solo-core systems, at least for now. This helps explain why there has not been a rush of upgrades to Android 2.3 since the Nexus S release.

As far as I’m concerned, numbering and naming are minor details. I don’t think anyone will be really bothered if Android phones skip 2.3 for 2.4 and call it Gingerbread. What concerns me is whether I built this image of the Android dude holding an ice cream cone for nothing. Their source claims the name will be used for 3.1, perhaps indicating 3.x will be ready for smartphones then, but Pocket-Lint speculates the split of 2.x for phones and 3.x for tablets will continue. Guess we’ll see.