New photos of the claimed Asus ME172V, the rumored inexpensive Android tablet, are now online thanks to a leak from Notebook Italia.

The leaked photos show a 7-inch tablet which looks a lot like the Nexus 7. The back of the tablet appears to have the same texture as the Nexus 7, and the front of the device has a very similar appearance as well. The biggest physical difference between the two tablets is the ME172V has the Asus logo on the back and on the front below the display.

Rumors say Asus’ ME172V will have a 7-inch display with a 1024×600 display as opposed to the 1280×800 display of the Nexus 7. If the leaks hold true, the tablet will use a VIA WM8950 processor that’s likely clocked at a lower speed than the Nexus 7 and will also have a 1.3 MP front-facing camera, 1GB of RAM and 16GB of internal storage space. The tablet should run Android 4.1 Jelly Bean when it launches. 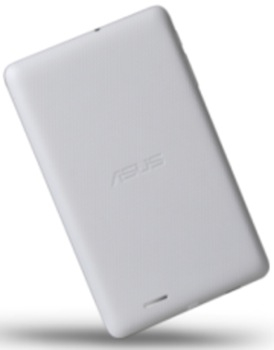