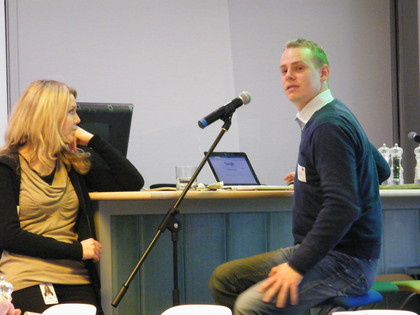 Tablets are the in thing at the moment in the Year of the Tablet, or Tablet 2.0. Of course that’s before anyone really has any of these devices in hand and able to figure them out. The iPad firestorm continues to consume whatever oxygen is out there and will continue to do so. But soon enough, we’ll start hearing from the bandwagon jumpers. In fact, thanks to Michael Dell, we’re hearing about Dell’s pocket Tablet. And then there’s that JooJoo. Well, maybe not.

Apparently yesterday Google’s Anders Sandholm, Senior Product Manager of Search, stumbled when he was asked about touch on Google Chrome. That stumble was enough to get some Chrome Tablet rumors bubbling. The stated thrust of Chrome is that it is for Netbooks, but that’s not enough to stop the rumors. And of course there is Android, which we already know is working its way into touch tablets.