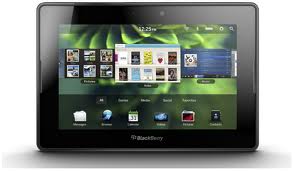 In a win for Research in Motion, the Russian government is considering the ban on iPad for official use due to security concerns. Instead, Russia is considering adopting either Android tablets or the BlackBerry PlayBook. Another option would see a custom device created by a Russian agency, though it’s unclear whether that tablet would run on a commercial OS or mobile OS, or if it will run a special proprietary operating system.

The PlayBook may be a front-runner right now due to security potential that the tablet offers. In addition to recently winning certification from several U.S.-based agency for security, the lack of native calendar, email, and contact applications on the PlayBook may help RIM make its case for official government use, whether in Russia or in another state or country.

No other tablet on the market has gained FIPS (Federal Information Processing Standard) certification from the National Institute of Standards and Technology (NIST).

Additionally, the PlayBook received Best of Show honors at FOSE yesterday for its enterprise security and BlackBerry features, and also Best of FOSE in the Handheld Devices category. FOSE is the largest and most comprehensive government information technology event in the U.S.

Because the PlayBook lacks native PIM applications, the tablet requires the cumbersome use of a BlackBerry smartphone to synchronize information with. The process, known as BlackBerry Bridge, is more complicated than Android and iOS slates that offer native functionality to access emails, lookup contacts, and schedule appointments, but provide security in that if the tablet is lost, the information would instead be retained on a smartphone and also on BlackBerry servers where a remote wipe could be enabled should the phone be lost.

Though Apple’s iPad has been dominating the tablet market since it launched, if the Russian government does select the PlayBook, it may help RIM boast about security versus consumer features found on competing slates. RIM, which has relied on security features and ease of use to market its smartphone, may be able to use the same arguments as it tackles the enterprise tablet space.