The timing of Samsung’s latest announcement could not be any worse. Just a few hours after T-Mobile revealed the release date of its Samsung Galaxy S II device and just days before it arrives on AT&T (it’s been out on Sprint since mid-September, read our review here), the company has announced the new Samsung Galaxy S II HD which is essentially a Galaxy S II LTE with an HD display.

What does HD mean? It means it has 720 x 1260 pixel resolution. Other than the new display, the device is a Galaxy S II LTE. It features a 1.5GHz dual core processor, an 8MP camera, NFC support, 16GB of internal storage, and of course, its 4.65-inch Super AMOLED HD display.

The Galaxy S II HD will be launching in Korea first and Samsung has yet to mention any sort of availability anywhere else although we’d imagine that it will make its way to other countries after its initial launch. 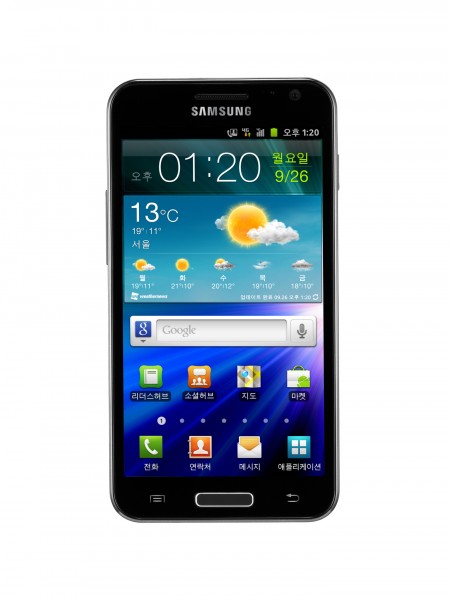 As to where, we can’t be sure but we’d imagine that it won’t show up on U.S. carriers at any point in the near future. Can you imagine the backlash that would follow from owners of the original Galaxy S II devices?

It’s possible that this might be similar to the Droid Prime, a device that is expected to launch in November on Verizon, and we’re pretty sure that those of you looking to get the Prime would gladly take an HD screen with your device.