Samsung Distances Itself From 'Wake Up' Promo Outside Apple Store

A recent guerrilla marketing promotion outside an Australian Apple retail store was believed to have been orchestrated by South Korean rival Samsung, but the Android Galaxy-maker has now said that it was not responsible for the promotion. The marketing stunt involved a large black bus and a cadre of people wearing cloaked in black attire and carrying signs that read ‘Wake Up.’

The signs are very reminiscent of prior television ads officially promoting Samsung products, such as the Galaxy S II smartphones and the Galaxy Note. In the U.S. where these ads were shown, Samsung did not make direct reference to Apple’s iPhone, but did show what appeared to be a queue of Apple customers lining up outside what seemingly looked like an Apple retail store and called them iSheep, essentially following the herd to get into the biggest trends. 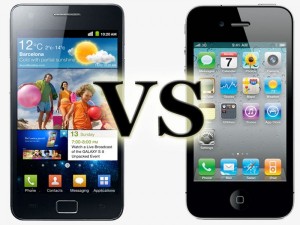 Despite the implied similarities between Samsung’s official television campaigns and what appeared to be an orchestrated stunt by an external group, Samsung said in a prepared statement to SlashGear, “Samsung Electronics Australia has nothing to do with the Wake-Up Campaign.”

At this point, it’s still unclear who is responsible for the guerrilla marketing stunt outside one Apple retail store in Australia if Samsung isn’t. When news originally surfaced about the stunt, it was believed that Samsung’s partner ad agency had been behind the campaign.

With negative advertising, public opinion, hype, clever PR and marketing, it seems that campaigns for anticipated tech products are beginning to look like political campaigns, at least in the U.S. With political campaigns, sometimes campaigns aren’t sanctioned for nor paid by the candidates themselves, but are funded and designed by supporters of the candidate. Using this logic, it could be that Samsung’s latest ‘Wake Up’ promo was orchestrated by passionate users of its Galaxy phones and tablets.