Samsung Droid Charge Gets Caught in The Wild (Video)

The folks over at TechnoBuffalo were able to spend a few, precious moments with the official yet unofficial Samsung Droid Charge and lucky for us, they were able to document the time they spent with it on camera. 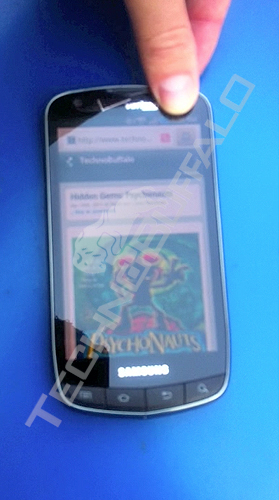 The Samsung Droid Charge, which recently appeared in a early hands-on,  is the unnamed 4G LTE Samsung smartphone that was introduced all the way back at CES. And while it has been officially announced, its name and release date are still completely unofficial.

It’s almost certain to be called the Samsung Droid Charge but it’s release date and pricing is proving to be a little bit tricky. April 28th is looking like the day that the Droid Charge could finally make it to shelves and previous rumors peg the MSRP at $299.

Verizon is more likely to price the Droid Charge at $249 which is the same price that the carrier is asking for the 4G LTE enabled HTC ThunderBolt.

As for the video, it doesn’t reveal much else besides the form factor which apparently is “light and solidly built.”