Yesterday, it became apparent that an update for the Samsung Droid Charge was going to be rolling out in the near future and guess what? Today, Samsung confirmed that the update for the 4G LTE smartphone has arrived. 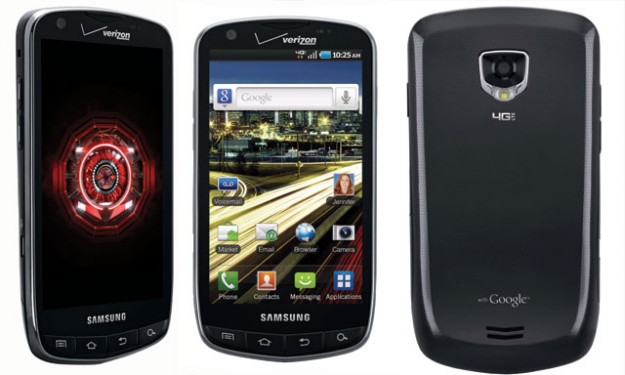 The update is a pretty substantial one and will bring a bunch of improvements among them better connectivity with Verizon’s 3G and 4G LTE network as well improvements to GPS. Here, again – in case you missed it – is a full list of what is included in the EE4 update:

Call Features
+ Improved battery life when placing a voice call.
+ Easily return calls within the call log entry by pressing the phone icon.
+ Outgoing calls from the Visual Voice Mail application will be placed properly.
+ Pressing and holding the ‘1’ key will automatically route the user to the Voice Mail service (*86).
+ Audio has been adjusted to avoid ‘No Audio’ or ‘Screeching Sounds’.

Email and Messaging
+ A new Email folder structure has been implemented. When a subfolder exists under a current Email folder, an arrow will appear to the right of the folder icon. When a user touches the arrow, the folder system will expand to show all subfolders available for selection.
+ When an Exchange password has been modified, the device will direct the user to the password screen to adjust the saved password accordingly.
+ Improvements in the Email and Calendar sync.

Additional Device Features
+ Restoration of Mobile Hotspot capability.
+ When in USB Mass Storage mode (UMS), the device will be recognized immediately when plugged into a PC.
+ Device recognizes ringtones purchased from the Verizon Wireless website.
+ Improvements in GPS performance.

You should be able to pull the update manually if you head into the settings on your phone. Let us know how the update works out. Hopefully, it doesn’t make the phone start rebooting randomly.