A few days ago Samsung Mobile released the official list of devices that would get the upgrade to Android 4.0. While not every handset is getting the upgrade, some were surprised 9or disappointed) to see that the Galaxy S didn’t make the list. Less surprising was the absence of the original Galaxy Tab.

Today the Korean Samsung Tomorrow blog gave some reasoning behind this decision. The company doesn’t feel that the Galaxy S or Galaxy Tab have the hardware chops to handle Ice Cream Sandwich. Not with TouchWiz on top, at any rate.

Heaven forfend we should have to do without TouchWiz. 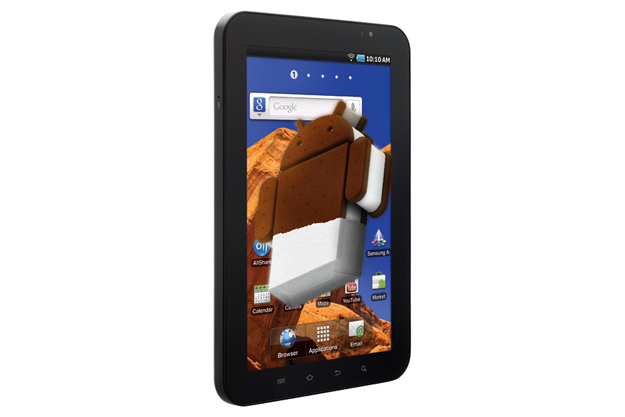 This is probably more annoying for Galaxy S smartphone owners than Tab-philes. Sadly, products over a year old are ancient in today’s mobile tech environment. However, Brad at Liliputing correctly points out that the Nexus S, which is getting the update, shares similar internal specs to both devices. The difference? Samsung can’t put TouchWiz on the Nexus phone.

Now, I haven’t seen an original GTab in a while, but I know it didn’t ship with a heavy TouchWiz interface. Would it be so terrible to upgrade it to ICS and leave the skin off?

I won’t cry too hard for Tab owners, though, as there are already plenty of roots and custom ROMs for it, so I’m sure those who really care can get ICS if they want it. Same can be said for some Galaxy S owners, though I know many who are reluctant to root until their contract ends or the warranty officially runs out.