Almost a year ago, Google made a surprise announced ahead of the iPhone 5s launch and the iOS 7 release. The company, in an effort to draw attention away from Apple, announced Android 4.4 KitKat last September ahead of its release later in the year in November. And since November, we’ve seen Android 4.4.2 KitKat push out for a number of users including owners of Samsung’s popular Galaxy smartphones.

As we’ve pointed out, Samsung Galaxy S5, Galaxy S4, Galaxy S3, Galaxy Note 3, and Galaxy Note 2 users, users of Samsung’s most popular smartphones, have been complaining about an assortment of Android 4.4.2 KitKat problems, problems they hope will be solved by the latest Android 4.4 KitKat updates.

With Android 4.4.2 KitKat updates still missing in action and attention now on Google’s latest Android updates, we want to take a look at the 10 most important things Galaxy users need to know, right now, about Android 4.4.2, Android 4.4.3 and Android 4.4.4 KitKat.

As it should be. This is an update that has been pushing out for seven months. That may be a new record.

The Samsung Galaxy Note 2 Android 4.4.2 KitKat update is behind the Galaxy Note 3’s but its still making progress worldwide. In recent weeks, we’ve seen the update push out to T-Mobile users in Germany and Austria, to users in the United Kingdom, to users on Orange in France, and to Vodafone users in Portugal to name a few. There are also a number of updates that appear ready to go. 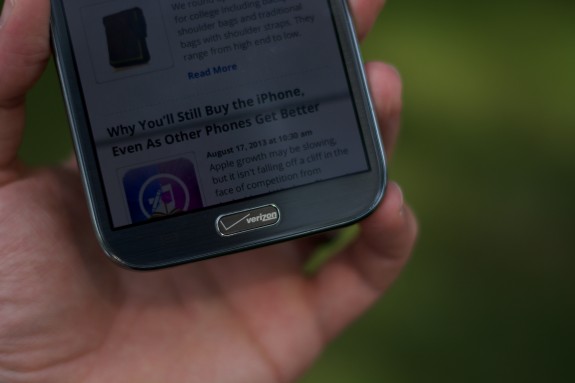 French carrier SFR says that its update will begin rolling out today and that it will deliver a number of big time enhancements.Vodafone says that it should push out the update in July though a specific date remains uncertain and Telstra, in its latest update. Of course, the news isn’t all good. Telstra says that delayed the test version of the update and that the update is TBC or “To Be Confirmed.”

T-Mobile Galaxy Note 2 users should know that T-Mobile very rarely announces updates ahead of time. So, we should find out when the update is rolling out on the day the update rolls out. That’s just how U.S. carriers roll.

In other words, stop asking T-Mobile about the update. It’s not going to get you anywhere. It’ll be ready

However, there is still work to be done. Carriers in Australia either have no dates like Telstra or very vague dates like Optus and Vodafone, both of which say they’ll push in July.

Galaxy S4 users on these two carriers should know that there is a good chance their devices won’t get left behind on Android 4.3 Jelly Bean but at this point, it’s not clear what’s going to be rolling out. Given that we’re still seeing Android 4.4.2 KitKat push, there’s reason to believe that it will be the update that reaches these two devices in the coming weeks.

Vodafone Australia is one of the only carriers, outside North America, that has confirmed the Galaxy S3 LTE Android 4.4 KitKat update for arrival. It won’t say when it will roll out or what version but it’s clear that it has plans for the Galaxy S3.

Android KitKat continues to roll out.

Vocal carriers like SFR, Telstra, Optus and others have not relayed their plans and it’s unclear if they plan to deliver Android 4.4.2 KitKat, another version of KitKat or nothing at all.

The Galaxy S3 Android 4.4 KitKat update is at a standstill and Samsung, for whatever reason, still hasn’t cleared the situation up. Users will need to remain patient as the company rarely issues significant details regarding major Android upgrades.

We still don’t have any details regarding the missing updates, which include U.S. Cellular’s, MetroPCS’ and others, and these U.S. carriers likely won’t spill the beans until release day. We fully expect all of these updates to push out at some point down the road but it’s clear that carriers simply aren’t going to offer any concrete details about the testing process.

They don’t want to set any expectations.

So, in summary, Android 4.4.2 KitKat is alive in well in the land of Samsung. But what about Android 4.4.3 KitKat and Android 4.4.4 KitKat, the latest updates from Google? Well, in true Samsung fashion,the company hasn’t confirmed anything for its devices. Galaxy users are likely going to be flying blind as we head deeper into the year.

Android 4.4.4 KitKat will deliver the same bug fixes as Android 4.4.3 and it will have a patch on board for an OpenSSL vulnerability. Android 4.4.3 KitKat does not have that patch and that, to our knowledge, is the only key difference between the two.

There is a good chance Samsung will tack on its own fixes and enhancements for its TouchWiz user interface but that remains unconfirmed at this point. Manufacturers often load up these updates with fixes and as we’ve pointed out, Android 4.4.2 KitKat is riddled with problems that are both Android and TouchWiz related.

If these devices do get Android 4.4 KitKat updates in the near future, we’d expect them to be Android 4.4.4.

Android 4.4.4 KitKat Details for Others Non-Existent

As for devices like the Galaxy Note 3, Galaxy Note 2, regular Galaxy S4, and Galaxy S3, we’ve heard nothing. Again, it’s clear that users are struggling with Android 4.4.2 KitKat problems on these devices but we’re not sure if Android 4.4.4 KitKat is going to be the update that emerges as the savior.

For now, users dealing with issues must try and find temporary solutions for their Android 4.4.2 KitKat problems and hope that Samsung does push out Android 4.4.4 KitKat updates in the near future.

Samsung still hasn’t confirmed any details beyond Android 4.4.2 KitKat. Android 4.4.3 and Android 4.4.4 KitKat details are non-existent and it still isn’t talking about Android L. This means that the future for all of these devices is still very wide open.

Google recommends 18 months of software support. Samsung typically provides 24 months. With those time frames in mind, the Galaxy S5, Galaxy S4, and Galaxy Note 3 will almost certainly get any Android 4.4 KitKat update that Samsung decides to roll out be it Android 4.4.3 KitKat or Android 4.4.4 KitKat.

These devices will also probably get the upcoming Android L update, a major Android update that’s set to arrive later on this year. Samsung hasn’t confirmed but they’re new enough that one is likely.

As for the Galaxy Note 2 and Galaxy S3, their situation is extremely gray. It’s possible that they’ll get Android 4.4.3 KitKat or Android 4.4.4 given how small they are but Android L is another story.