The Samsung Galaxy Mega like features a 5.8-inch and a 6.3-inch smartphone, both of which look like slight larger versions of the Samsung Galaxy S4 or Galaxy Note 2. The phone’s lack the high-end specs of the Galaxy S4 and the S Pen input of the Note 2, however. They are just giant phones with mid-range specs for those who don’t mind almost unwieldy screen sizes. 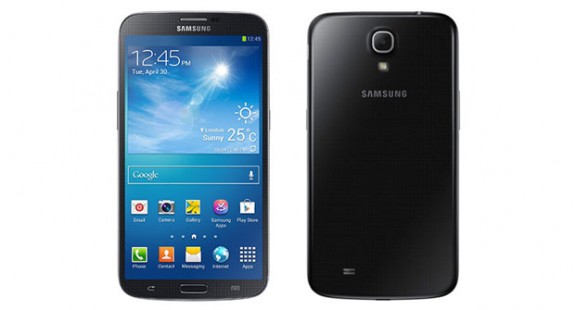 The 6.3-inch Galaxy Mega has an HD display, which likely means it has a 720p display and not the 1080p screen of recent high-end phones. The phone uses a dual-core 1.4GHz processor, 8MP rear-facing camera and 1.9MP front-facing camera further cementing its place as a mid-range phone. Unlike most other Android phones, however, the Galaxy Mega 6.3-inch will ship with Android 4.2 Jelly Bean.

Like all other Samsung Android phones, the Galaxy Mega phones come with TouchWiz laid on top of Android and a number of Samsung apps. Apps pre-installed on the Galaxy Mega include S Note, S Translate, Group Play, Air View and Multi Window. The only Galaxy S4 feature they don’t seem to have are the special camera functions.

The Samsung Galaxy Mega lineup will come to Europe and Russia sometime this May. It is unlikely the phones will come to the U.S.