Photo samples from a device called the Samsung GT-I9260, a device presumed to be the upcoming Samsung Galaxy Nexus 2, has leaked to the surface.

The photos were discovered on Picasa by Rbmen, courtesy of SamMobile, and depict images that were clearly shot using the unannounced Samsung GT-I9260 which, in the past, has been rumored to be the Samsung Galaxy Nexus 2, the successor to the current Galaxy Nexus.

Sadly, not much other than the software version, some camera specs and the device’s model number are confirmed by the photos. The photos were not snapped at full resolution so it’s impossible to confirm the camera in terms of mega-pixel count and none of the other rumored Galaxy Nexus 2 specs show up in the Picasa listing.

The firmware found in the photos includes I9260XXALI5 and I9260XXALI6.

Read: 7 Features the Nexus Smartphone Needs to Compete with the iPhone 5. 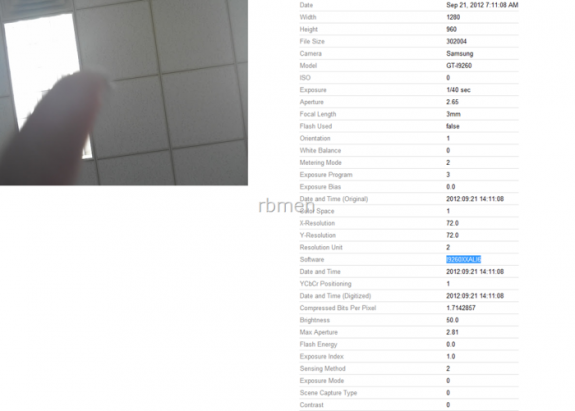 Previous rumors about the Galaxy Nexus 2 say that the device will feature a number of high-end features that seem to point to it being, at the very least, a top of the line device and again, quite possibly, the successor to the original Galaxy Nexus. 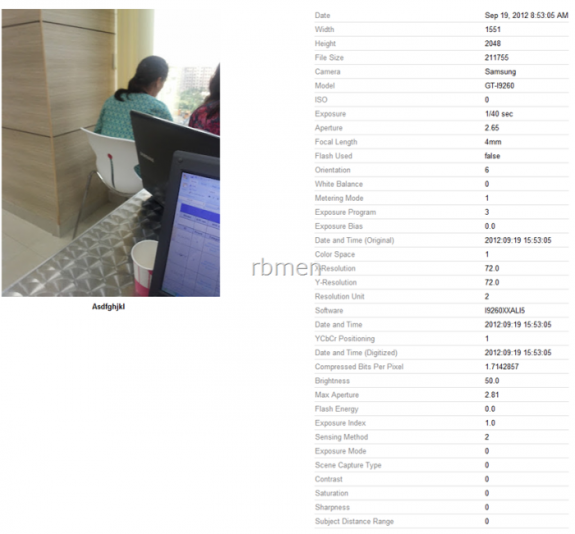 This could be a sample shot from the Galaxy Nexus 2.

Rumored specifications for the Nexus 4 include a Super AMOLED HD display that measures in at 4.65-inches, a dual-core A9 processor clocked at 1.5GHz, an 8MP rear camera, a 1.9MP front-facing camera, 16GB of storage and a slot for an SD card which would provide for expanded storage.

We also assume that Jelly Bean Android 4.1 is going to be the on board operating system and that it will have 4G LTE data capabilities.

We have not heard anything about whether it will keep a similar design or if Samsung will come out with something truly different for its next Galaxy device.

The Galaxy Nexus 2 has been rumored to be coming with several other Nexus devices but just today, we heard that HTC may be making the next Nexus smartphone dubbed the Nexus 5 which apparently will feature a 5-inch display.

Google has yet to confirm anything.