As it stands, the Samsung Galaxy Nexus is available on both Sprint and Verizon. In the past we’ve heard that AT&T might start carrying the device at some point and today, a new rumor points to T-Mobile as being a possible home for the Galaxy Nexus as well.

TMoNews has acquired a user agent string for an upcoming T-Mobile phone made by Samsung, As of right now, only a few details are known about the device. 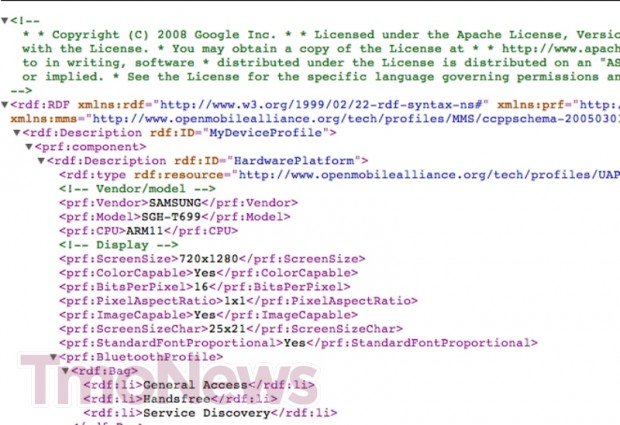 Right now, the device is currently an unknown. And with the Galaxy S III for T-Mobile supposedly sporting a SGH-T999 model number and the Galaxy Note apparently rocking T879, the mystery only deepens.

Well, one guess is that this is T-Mobile’s Samsung Galaxy Nexus.

The Samsung Galaxy Nexus originally launched on Verizon back in December and it then launched on Sprint during the month of April as its first flagship 4G LTE smartphone.

So, it would be a little odd to see T-Mobile launch it so far into 2012, especially after it has launched on two competitors, but there is an HSPA+ model of the phone and T-Mobile needs all of the help that it can get.

After all, it’s the only one of the big four U.S. service providers that doesn’t have a 4G LTE network in place.

It’s also possible that this is another device entirely, especially since this would be the first that we’ve heard about the Galaxy Nexus for T-Mobile.

Hopefully, it won’t be long before we know for sure.