If you’re into surprises, and you’re especially into the upcoming Samsung Galaxy Nexus, you probably want to close your browser right now because the specifications of the device have been confirmed ahead of today’s announcement. It appears Japanese carrier NTT DoCoMo has jumped the gun early and spilled the beans on the Galaxy Nexus confirming a ton of features, a possible release date and its name.

We also finally get our first glimpse at the real deal and it looks fairly similar to the render that we saw surface shortly after Samsung released teaser videos for the Nexus device.

So here’s what we got. DoCoMo says this thing is coming out in November. Droid-Life has also posted an internal Verizon document that indicates that it has a tentative launch date of November 10th. Feel free to circle that date on your mental calendar. 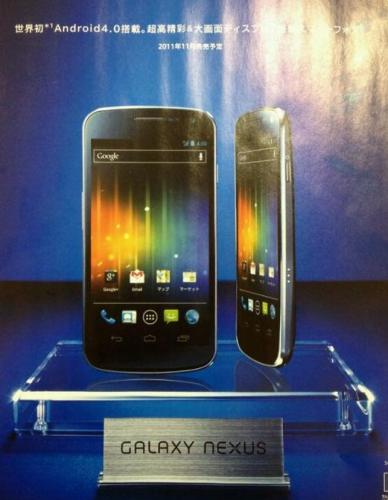 Next, an ad, which could also be from DoCoMo, has confirmed specifications. They look like this: 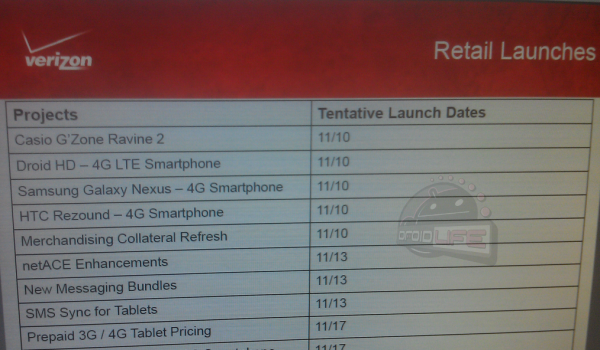 And there is the Galaxy Nexus folks.

How does it sound to you?