Ever since Google and Samsung announced the Samsung Galaxy Nexus, there has been a burning question etched into the minds of tons of consumers around the United States. Will the Galaxy Nexus be heading to a carrier other than Verizon?

We have seen a device that we think is the Galaxy Nexus pop up at the FCC with bands for AT&T and T-Mobile and we’ve also seen a Samsung employee say that it might be heading to other carriers in the future. (Only to retract that statement.)

Today though, we have the most viable evidence yet, courtesy of BriefMobile, that comes in the form of a purchase order from Sprint that lists an “undefined” device which could mean that the Galaxy Nexus will be heading to the Now Network at some point in the future. 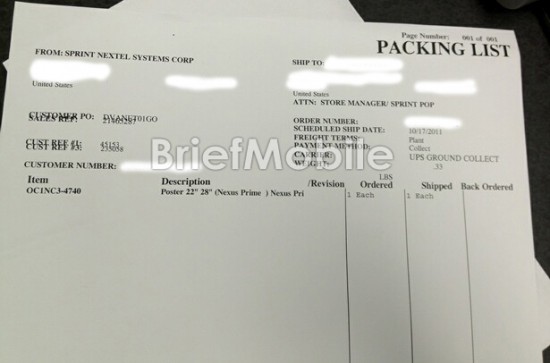 You can also see that the name Nexus Prime is also listed here, a name that is believed to be another code name for the Galaxy Nexus.

So, it would appear that those of you on Sprint can, at the very least, start getting slightly excited about the possibility of a Galaxy Nexus launch at some point in the days ahead.