Samsung Galaxy Note 2 Features: What Not to Expect

August is looking like the month that Samsung finally takes the wraps off of the Samsung Galaxy Note 2, its successor to the original 5.3-inch Galaxy Note phablet. And while we still don’t have confirmation on the devices release date or specifications, we can make some educated predictions.

The original Galaxy Note has been one of the most stable Android phones of 2012. Its price has stayed pretty consistent, a sign that it’s still selling well, months after it launched on AT&T’s 4G LTE network in the U.S.

It’s clear that consumers want a large screen, something that the Galaxy Note offers. It’s 5.3-inch display is the biggest display consumers can find on a flagship Android device. It’s also this screen size that makes the Galaxy Note such a great productivity tool.

It’s part phone, part tablet and it supports a stylus for handwriting directly on the screen.

Needless to say, there is a large demand for a sequel that will likely improve on the original Galaxy Note in every possible way.

The Samsung Galaxy Note 2 is now rumored for a launch on either August 29th at IFA in Berlin or on August 15th in the U.S. Right now, smart bets are on August 29th as being the lucky date for the device’s launch though it’s still possible that we could see it emerge on the 15th.

And while Samsung hasn’t confirmed anything, we already have an idea of what to expect on either of those days from the Galaxy Note 2.

We’ve already taken a look at what to expect from the Galaxy Note 2 features and now it’s time to take a look at what consumers shouldn’t expect, feature-wise, from the upcoming phablet.

We know that the sequel will feature all sorts of upgraded specs, from a possible quad-core processor to an HD display to a design inspired by the Galaxy S III and it’s that last part that leads us to believe that the Galaxy Note 2 will have a different design than its predecessor.

While we have seen benchmarks of the Galaxy Note 2 display Android 4.0 Ice Cream Sandwich as its operating system, it would be ridiculous to see a phone, as high-end and new as this one, launch with anything but Android 4.1 Jelly Bean on board.

Given that Android devices generally launch in the U.S. long after their launch event will leave Samsung with no excuse for putting Android 4.0 Ice Cream Sandwich on there.

People want the latest devices with the latest hardware and we hope that Samsung is aware of that.

Lack of a Home Button 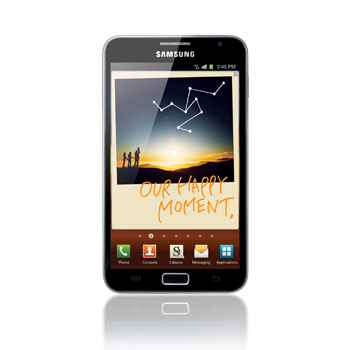 The international Galaxy Note had a home button.

The international version of the Galaxy Note did sport a home button and it doesn’t appear that Samsung has any intention of doing away with it, even though Android 4.0 Ice Cream and Android 4.1 Jelly Bean virtual navigation buttons.

Additionally, those hoping for a Galaxy Note 2 design that lacks plastic should temper those expectations. While we do expect Samsung to change up the design a bit, we don’t expect it to stray away from the usual plastic design that it employs on its smartphones. 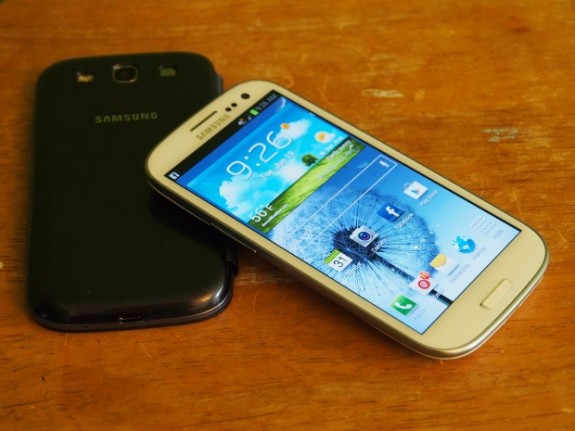 The polycarbonate plastic on the Galaxy S III is likely going to appear with the Galaxy Note 2 design as well.

The original Galaxy Note had a PPI of 284 so we expect some improvement in that area, and we also expect the device to have a 720p HD display.

But don’t expect it to blow the Retina Display or the Galaxy S III’s display out of the water.

One of the few weaknesses of the original Galaxy Note was its cameras.  They were decent enough but for a productivity tool as good as the Galaxy Note, it should have possessed best-in-class cameras.

We expect Samsung to upgrade the Galaxy Note 2 with better camera software, the Galaxy S III release hinted at this, but it’s also possible that it could get a better sensor.

A souped up camera, combined with a large HD display, would make it a perfect device for video chatting.

So don’t expect the same cameras on the Galaxy Note 2.

Once again, nothing has been confirmed, these are just our best guesses. What do you expect from the Samsung Galaxy Note 2’s features?