The Samsung Galaxy Note 2, which at first was available in just two colors, but saw two new additions last month, has surfaced today in a brand new color, with a pink Galaxy Note 2 getting spotted just ahead of Valentine’s Day on February 14th.

When the Galaxy Note originally arrived, the device was only available in blue and white. And until last month, those were the two colors that prospective buyers had to endure. Last month, Samsung finally released two new Galaxy Note 2 colors in amber brown and ruby wine, the latter of which resembles a deep red. 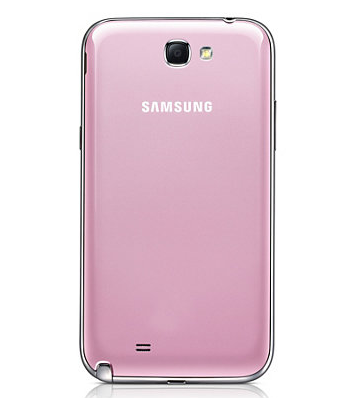 A pink Galaxy Note 2 has made its debut today.

Now though, according to UnwiredView, Samsung has debuted a new pink Galaxy Note 2, which has surfaced on the company’s Taiwanese website, just ahead of Valentine’s Day. So far, we have only seen the phone emerge through Samsung Taiwan so it’s unclear if the device will be heading to other markets in the near future.

U.S. carriers did take on the new color schemes for the Galaxy S3 so it’s also possible that it does make an appearance, but at this point, we’ve heard nothing from any of the carriers. 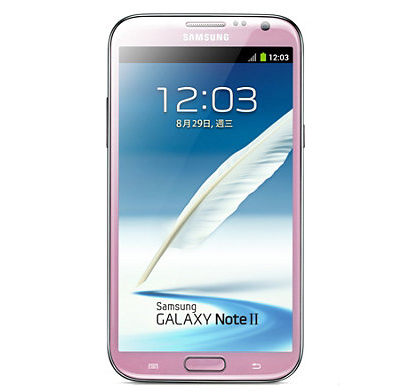 No word on whether or not it will be coming to the U.S.

The pink version of the Galaxy Note 2 appears to be the exact same device as the current Galaxy Note 2 models, only it sports a pink frame which is evident in both the front and back of the design.

It also sports the same hardware meaning it offers a 5.5-inch HD display, quad-core processor, 8MP camera, Android 4.1 Jelly Bean, and of course, the device’s unique S-Pen stylus that takes advantage of a number of applications including S-Note.

The Galaxy Note 2 remains on the more popular Android devices on the market with Samsung reporting to have sold over five million units worldwide.