The Samsung Galaxy Note 2, which is slated for launch on August 29th, may have at least one feature that will not appeal to those who might be interested in the next-generation phablet.

Thus far, the Samsung Galaxy Note 2 sounds like a fantastic device and a big improvement over the original Galaxy Note smartphone that sold millions worldwide and recently arrived on T-Mobile’s HSPA+ 42 network.

It’s rumored to feature a 5.5-inch HD display that may or may not be flexible, a quad-core Exynos processor, 4G LTE data speeds, and improved cameras. It’s an exciting device, for the most part.

However, at Google I/O at the end of June, Google announced Android 4.1 Jelly Bean, its latest operating system, and one that we feel blows Android 4.0 out of the water. Google feels the same way.

Android 4.1 Jelly Bean comes with a host of improvements and features including Google Now, re-sizable widgets, better Notifications, offline Voice dictation, and maybe above all, improvements to the user interface that make it much faster and much smoother than the UI found on Android 4.0 Ice Cream Sandwich.

Problem is, there is a chance that the Galaxy Note will be running Android 4.0 Ice Cream Sandwich and not Android 4.1 Jelly Bean.

Besides, the benchmarks, signs include the fact that the Samsung Galaxy Nexus devices on Verizon and Sprint have yet to receive their Jelly Bean updates and the Nexus S on Sprint has yet to see it either. Additionally, we have yet to see any new devices launch with the software on board, including T-Mobile’s Galaxy Note.

Also troubling is the fact that Samsung launched the previous version of the Galaxy Note on AT&T with Android 2.3 Gingerbread on board, even though Android 4.0 was ready and available.

None of that bodes well for the prospects of Android 4.1 Jelly Bean on the Galaxy Note 2 at launch.

However, the fact that it could be missing might not even be the worst part.

We’ve heard that the Galaxy Note, the original, might be getting Android 4.1 Jelly Bean in Q4. So, we imagine that that could mean a similar time table for the Galaxy Note 2, if it does indeed arrive with Android 4.0.

That’s great, except for the fact that American carriers are generally way behind international operators when it comes to getting updates out. 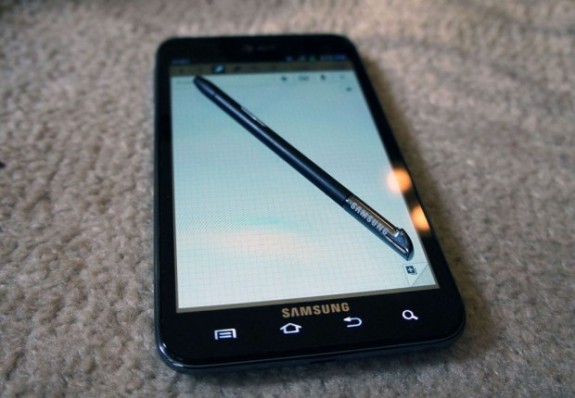 The Galaxy Note 2 might not arrive with the latest Android software.

So, if Android 4.0 ICS does end up being the operating system, it means that those snagging the Galaxy Note 2 on American carriers might have to wait until 2013 for Jelly Bean.

And even worse, have to deal with the silence and rumors in regards to Jelly Bean’s release date.

For many, none of this will be a deal breaker. However, for others, especially those that have endured the hardship of an Android update, it may be a reason to pause.

Remember, Google will likely be launching a new Nexus smartphone this winter, a device that always has the new operating system on board at the start.