Samsung announced today that the Samsung Galaxy Note 2 release date in the United Kingdom is set for October 1st, a month ahead of the device’s launch in the United States.

The company confirmed the release date for the UK today amidst speculation. The device will go on sale at the Samsung branded store in Stratford, London on October 1st and it will also be available through various carriers and third-party retailers.

Pricing and contracts will vary depending on where customers go to get the device. 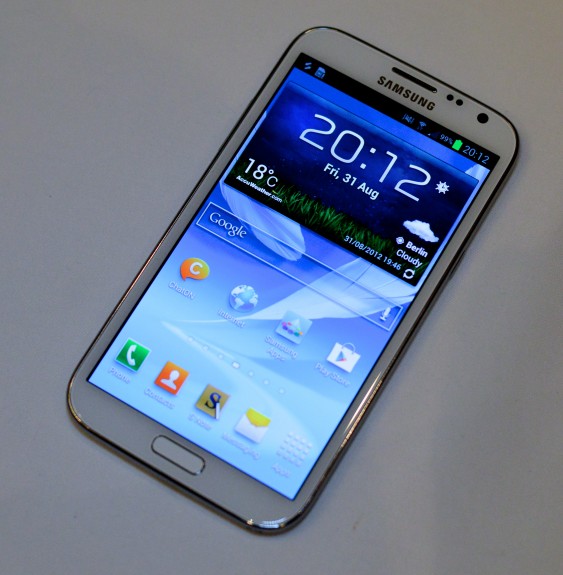 The Galaxy Note 2 could hit AT&T on October 21st alongside the Lumia 920.

This confirmation comes just a few days before October 1st which gives some very little time to make a decision between the Galaxy Note 2, iPhone 5 or something else. It also comes more than a month before the United States is expected to get the Galaxy Note 2.

AT&T, Sprint, T-Mobile, Verizon and U.S. Cellular are all expected to carry the Note 2, however, as of yet, only U.S. Cellular has put the phone up for pre-order ahead of its launch. The carrier currently has the device on sale for $299.99 on-contract, a price that other carriers will likely use.

U.S. Cellular expects the device to arrive in October even though Samsung has said November. The carrier did not reveal a specific release date for the device’s release. As for the other four carriers, they have revealed absolutely nothing though rumors have AT&T launching the Galaxy Note 2 on October 21st.

The one thing we do know is that the device is going to be the same as the international version of Galaxy Note 2 that we saw launch back in August.

This means that the U.S. and U.K. models will not only sport a massive 5.5-inch HD display with S-Pen support, but they will also come with quad-core processors.

In addition, they will be coming with Android 4.1 Jelly Bean out of the box so users won’t have to wait for the latest software from Google.

Hopefully now that the UK has an official date, the U.S. carriers will confirm something for their customers.