The new Samsung Galaxy Note 3 will come in three colors including the usual black and white as well as in a pink color that should appeal to those that want something a little different than the usual options.

The Samsung Galaxy Note 3 will be out on September 25th in 149 different countries, with other countries like Japan and the United States getting it in October. When it does arrive, the device will be coming in a trio of colors including the usual black and white options that we saw arrive with the Galaxy S4 and a new pink variant that will offer consumers a bit of choice. 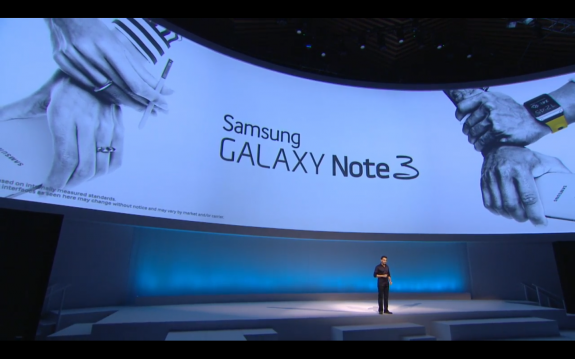 The Samsung Galaxy Note 3 will arrive later this month.

It’s not clear if the black, white and pink will be available across carriers. Typically, the black and white options are available on carriers worldwide, however it could be that the pink model will be available in select regions. We’ve seen pink colors arrive on past Galaxy devices, only, they were available to select consumers.

The Samsung Galaxy Note 3 will be heading to AT&T, Sprint, U.S. Cellular, T-Mobile and Verizon later this year, likely in October, though the carriers have yet to confirm any concrete details including pricing and specific release dates. They have also not said what type of storage options will be available come release day. 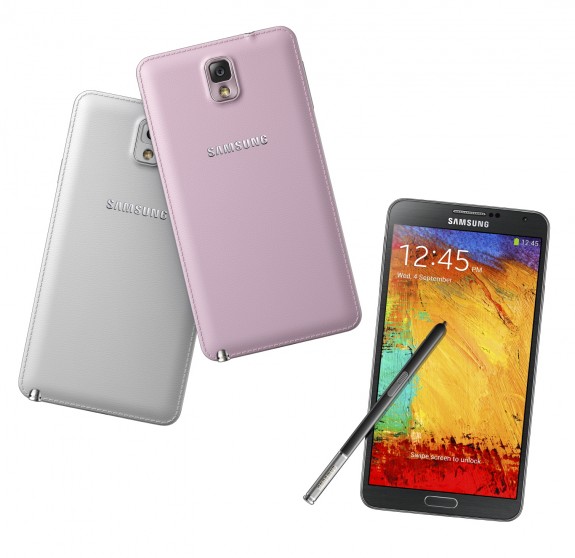 The Galaxy Note 3 will come in pink, as well as black and white.

It will be joined by the company’s new Galaxy Gear smartwatch, a wearable piece of technology that will pair with the Galaxy Note 3 and other Galaxy smartphones.