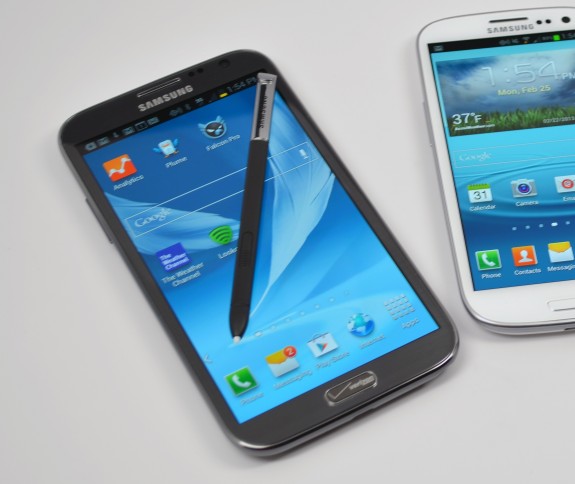 The Samsung Galaxy Note 3 display rumors have taken a twist.

Samsung Galaxy Note 3 tipped as having a 5.7-inch screen

It’s also possible that it decided that a .5-inch increase was too much. It’s also entirely possible that one, or both of these rumors are wrong. However, given the track record from @evleaks, it’s hard to dismiss the 5.7-inch rumor, despite the weight of the 5.9-inch and 6-inch rumors.