Plenty of rumors have been flying around about Samsung’s Galaxy Note 3, so many, that many of its features are already all but confirmed. The device is fully expected to feature a number of upgrades over the Samsung Galaxy Note 2, Samsung’s current Galaxy Note, including a larger display with higher resolution, improved processor, better camera, 3GB of RAM and Android 4.3 Jelly Bean. 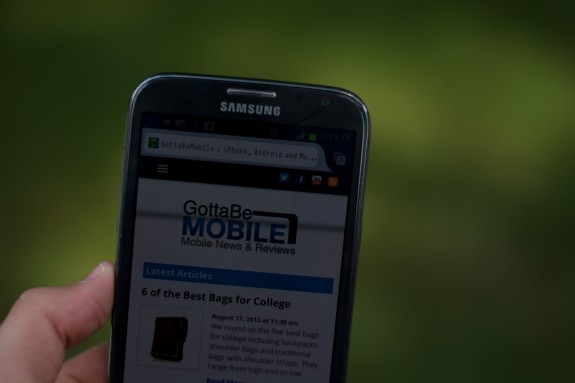 Don’t expect the Galaxy Note 3 to have one big feature on board: A flexible display.

In other words, the device is going to come loaded with some next-generation features that should help to make it one of the most sought after smartphones in 2013. However, despite all of the big features on board, there is one big time feature that is expected to miss the Galaxy Note 3, despite it a report that it will be shipping out as early as November.

Today, Korean publication ETnews chimed in saying that while Samsung is expected to start flexible display production and shipments later this year, the company will not be able to ship the displays until November, something that seems to rule out an arrival on the Galaxy Note 3. The Galaxy Note 3 is expected to arrive just a few weeks after its announcement in September.

Samsung Youm technology is not only flexible but thin and unbreakable, something that would benefit a device like the Galaxy Note 3, a massive device that will be geared as a on-the-go productivity tool. Problem is, it’s looking increasingly likely that the technology may not find its way into a consumer-grade smartphone until next year which could mean an introduction on the Galaxy S5 and or the Galaxy Note 4 later in the year.