Samsung has announced yet another possible Galaxy Note 3 feature as the company has revealed that it will start producing 3GB of RAM for upcoming devices which will more than likely include the heavily rumored Samsung Galaxy Note 3 phablet.

Earlier this week, we saw Samsung announced a new version of its Exynos 5 Octa octo-core quad-core processor, a CPU that replaces the older version that’s found inside the Samsung Galaxy S4. Samsung did not say what devices would feature the new processor but it did mention that it would start mass production in August, a month before the rumored Samsung Galaxy Note 3 launch. 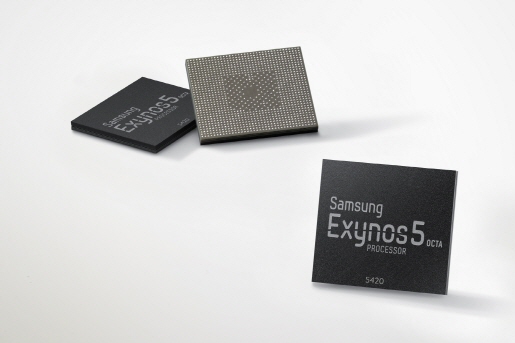 The Samsung Galaxy Note 3 could feature the new Exynos 5 Octa and 3GB of RAM.

With rumors suggesting that a Exynos 5 Octa and a Snapdragon 800 quad-core processor from Qualcomm could make their way into the Galaxy Note 3, the timing appears to be more than just coincidence.

Today, it appears that Samsung may have tipped consumers off to another potential Galaxy Note 3 feature as the company has announced that it will be bringing 3GB of RAM to devices, starting in the second half of the year. We haven’t seen a Samsung smartphone feature 3GB of RAM just yet though Samsung says that it will be using 3GB RAM “starting with the highest specification smart phone, most likely mounted on high-end smartphones.”

The Galaxy Note 3 is said to be arriving in September.

So while it doesn’t come right out and say new Galaxy Note, it’s clear that the Galaxy Note 3 is likely going to be one of, if not the first to get 3GB of RAM. Furthermore, the company touts the RAM’s ability to help with multitasking, something that is pivotal to a device like the Galaxy Note 3 which sports a big screen, stylus and software that promotes doing many different things at once.

The Samsung Galaxy Note 3 is expected to debut in September, ahead of IFA 2013 in Berlin, Germany with September 4th and September 6th emerging as possible launch dates.