Despite a host of rumors, the Samsung Galaxy Note 3 remains unconfirmed but we should hear all about it come September 4th at Samsung’s Unpacked Episode 2 event in Germany.

Rumors have aligned and they suggest that the device will be coming with a massive 5.7-inch 1080p display, quad-core processor of the Exynos 5 Octa and Snapdragon 800 variety, a 13MP camera up from the 8MP camera on the Galaxy Note 2, Android 4.3 Jelly Bean, and a design that has been tweaked from the previous model.

Samsung still isn’t talking about the Samsung Galaxy Note 3 but it has all but confirmed its arrival. Just a few short days ago, Samsung sent out invites for an event in Berlin, Germany, just ahead of the IFA 2013 trade show. The company did not say what the invite was for, only that it would be Episode 2 of the company’s Unpacked events in 2013.

The company doesn’t make it clear, but it’s clear that this is the Samsung Galaxy Note 3 launch date. Samsung reserves Unpacked events for its flagship devices. IFA typically serves as the launching pad for Samsung’s Galaxy Note series. Both the Galaxy Note and Galaxy Note 2 launched at IFA. And furthermore, the invite itself not only contains the word ‘Note’ but it has sketches and handwriting, alluding to the Galaxy Note’s S Pen stylus.

And while much of the focus has been on the Samsung Galaxy Note 3 device itself, there has been little focus on the launch event itself.

We’ve already discussed what we expect at the Samsung Galaxy Note 3 launch date and now, it’s time to take a look at what we don’t expect from September 4th’s Unpacked event.

Samsung launch events have progressively gotten more spectacular, for better or worse. With the Galaxy S3 launch, we saw an orchestra and massive screens that Samsung used to show off its smartphone. With the Galaxy Note 2, we had magic and a massive stage. And with the Galaxy S4, Samsung rented out the Radio City Music Hall and had Broadway actors play out skits showing off the Galaxy S4’s features.

Of course, we also had a number of Samsung executives show off features, both hardware and software, but it’s clear that Samsung events have expanded beyond your typical Apple event.

With the Galaxy Note 3 launch event, we fully expect Samsung to go all out. Exactly what it might have in store for consumers is unknown but we expect something that is either on par or a little step below the Galaxy S4 launch. Samsung goes all out with these events and the Galaxy Note 3 launch, given that it’s Episode 2 of Unpacked, should be no different.

Look for teasers to start occurring ahead of September 4th, it’s probably why the company sent out invites so early.

All signs point to the Samsung Galaxy Note 3 being the star of the show. But there are rumors that suggest that it could be joined on stage by Samsung’s smartwatch, currently dubbed Samsung Gear.

Samsung Gear is expected to be the company’s answer to Apple’s rumored iWatch. Samsung has confirmed that it’s working on a smartwatch though we haven’t seen the product make an official appearance yet. Details remain extremely scarce though there is speculation that it could join the Galaxy Note 3 on shelves later this year. 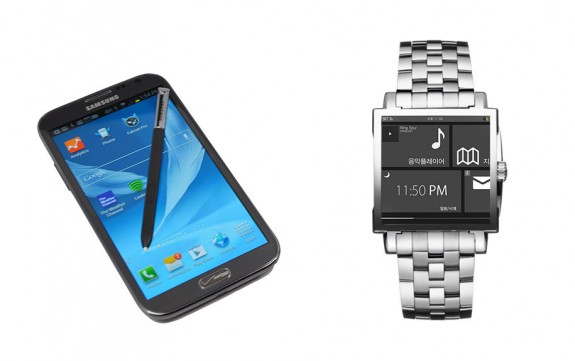 An Unpacked event is the perfect place for a device like this to launch but it’s not clear if Samsung is willing to pull attention away from the Galaxy Note 3 in order to show off its watch. Perhaps another event is in order later in the year. We’ve also seen Samsung announce a host of new devices so it would be shocking to see it pull another one out its hat.

Whatever the case may be, it’s looking like the Samsung Galaxy Note 3 will be the only phone that takes the stage in Germany though it could be joined by at least one other Samsung product on stage in September.

Samsung does a great job of keeping its product designs a secret but it doesn’t do a good job at preventing leaks of anything else. At this point, weeks ahead of its arrival, the Galaxy Note 3 has seen virtually of its features confirmed. From its display size, to its processors, to its RAM. It’s laid out on the table for consumers.

That said, we don’t expect there to be any surprises in regards to the Galaxy Note 3. Expect many of the features we’ve heard to be on board the device when it arrives. Expect there to be new S Pen related software. Expect it to arrive for many carriers.

It’s possible that we could see the Samsung Gear make its debut but even then, it’s wouldn’t be a surprise. 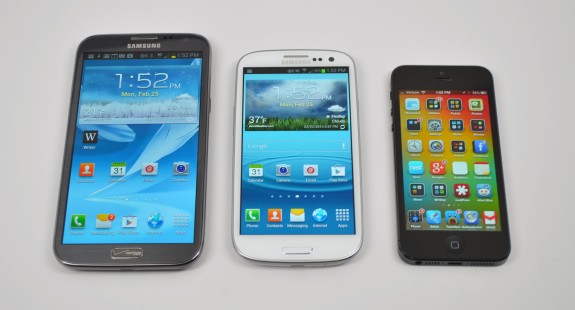 Those in the U.S. can expect to hear about when it will be touching down, late September, October or beyond, but buyers likely won’t get specific release dates. That’s because Samsung isn’t in charge of that. It’s up to the carriers to decide when the device touches down. Given how many smartphones are in the pipeline for the fall, we don’t expect carriers to have it all figured out and that should mean a lack of specific Galaxy Note 3 release dates during and after the event.

Those who are on Verizon should just expect the Verizon Galaxy Note 3 to be released last at this point as well.

Samsung typically confirms its devices in several different storage options. In the case of the Galaxy S4 and Galaxy Note 2, we saw it confirm 16GB, 32GB, and 64GB options. Problem is, carriers in the U.S. never launched anything above a 16GB Galaxy Note 2 and the Galaxy S4 only came in 32GB form to AT&T and Verizon. Samsung of course didn’t make any of that known on stage.

So buyers will likely once again be throw for a loop at the launch event. Samsung will likely confirm several storage options and the smoke won’t settle for several weeks after the announcement when carriers disclose which storage options or in this case option, they will carry.

Samsung may announce suggested retail pricing at the Galaxy Note 3 launch event but that’s not guaranteed. What is guaranteed though is a lack of pricing from U.S. carriers. 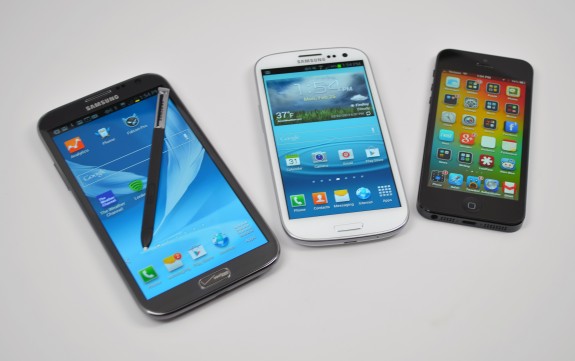 Don’t expect pricing to be confirmed at the Galaxy Note 3 launch event.

We should see them confirm the device, without any kind of pricing, and not disclose the pricing until much closer to the Galaxy Note 3’s release date. The device is expected to command a $299.99 on-contract price tag but we likely won’t see carriers talking about that price until much further down the road.