When Google first announced Android 5.0 Lollipop at Google I/O 2014, it did not confirm a public release date for Android users. Ultimately, Android smartphone and tablet users had to wait until November for the company to finally confirm the Android 5.0 Lollipop release. Soon after Google’s first upgrade, Samsung started rolling out its first Android 5.0 Lollipop update to the Samsung Galaxy S5.

Since then, Samsung’s made significant progress with its Android 5.0 Lollipop deployment. The update has landed for the Galaxy S4, Galaxy Note 3, Galaxy Note Edge, and the Galaxy Note 4. The Samsung Galaxy Note 3 Lollipop update emerged in late January and since then, we’ve seen it roll out to several models, including two here in the United States.

While Samsung has certainly picked up the pace since February, there’s much work to be done and many questions left to answer. Plenty of Samsung Galaxy Note 3 users are still sitting on Google’s Android 4.4 KitKat, Google’s older operating system.

The Samsung Galaxy Note 3 Lollipop update continues to make progress in the days after its initial release. And in typical Samsung fashion, the update has made that progress without drawing much attention. Samsung’s very quietly rolled out its Galaxy Note 3 Lollipop update in recent days and we don’t expect the company to make a big deal out of its progress in the days ahead. That’s why those of you with an international model will want to keep a close eye for the update’s prompt.

A Long Way to Go

That said, there is still a long way to go. This is not an update that will hit everyone overnight. While we do expect a ton of progress next month, Samsung will still have a long way to go once the month of April is over.

While there are a number of good examples, we’ll use Australian carriers. Optus, Vodafone and Telstra haven’t even confirmed plans to roll out an Android 5.0 Lollipop update to the Galaxy Note 3. They typically confirm roll outs a month or two in advance and thus far, all we’ve heard is silence. Other carriers like Rogers and French carrier SFR, two carriers that love to announce updates well in advance, are in the same boat.

We expect this Galaxy Note 3 Lollipop roll out to take months, perhaps a whole year, to complete. The problems that Samsung’s been having with Lollipop probably haven’t helped the company’s cause.

Just don’t expect Verizon to release any specific details about the update or the testing process behind the scenes. You should expect to find out about the Verizon Galaxy Note 3 release when Verizon releases the update.

Sprint hasn’t officially confirmed the Galaxy Note 3 Lollipop update but thanks to a User Agent Profile string on its website, we know that the update is in testing ahead of a public release.

Sprint customer service agents have been telling people that the update will roll out in May or June but we don’t expect it to take that long. Not with the AT&T and T-Mobile updates already out. We’re confident that we’re probably just a few days, or weeks, away from a release. We’d be shocked if it didn’t roll out by the end of May.

Don’t expect Sprint to confirm anything ahead of time.

A short time ago, we saw a partial Samsung Galaxy Lollipop update roadmap leak. The roadmap, from SamMobile, stated that Samsung still hasn’t started development on Android 5.1 Lollipop. Android 5.1 is Google’s new Lollipop update and one that offers feature enhancements and a laundry list of bug fixes for Android 5.0 Lollipop problems.

While that might be the case, a user on Reddit has outlined potential plans for Samsung’s Galaxy Android 5.1 Lollipop update. The user cites information gleaned from a Samsung representative in Europe. We aren’t familiar with the source but he appears to be armed with credible information about the Galaxy S6 Active and about Android 5.1 Lollipop.

He says that Samsung might use Android 5.1 Lollipop to deliver a TouchWiz experience similar to the one found on the Samsung Galaxy S6. The Galaxy S6 comes with less bloatware and it also allows users to uninstall Samsung applications to free up space. Samsung’s well known for bringing new features to older devices and it could be that Android 5.1 is the update that brings some Galaxy S6 features to older devices like the Galaxy Note 3.

Android 5.1 or not, we expect Samsung to bring at least some of the Galaxy S6 experience to the Galaxy Note 3, a device that just turned a year old. We always see Samsung bring new features to older devices and the Galaxy Note 3, at its age, is a prime candidate to receive new TouchWiz features.

SamMobile is plugged into Samsung’s Android update plans so we believe it when it says that Samsung hasn’t started testing. With that in mind, we’d expect the Android 5.1 Lollipop update or whatever Samsung uses to deliver new features to be extremely far off in the distance. We’re probably months and months out from its release date, especially when you consider the Galaxy Note 3’s place in the pecking order. It’s no longer a flagship.

The source on Reddit claims that the slimming down of TouchWiz will come to other devices “in the long run” though he doesn’t outline any specific release details for specific devices. Long run, to us, means that it could take some time before Samsung gets these features out. Samsung needs these features to help sell the Galaxy S6 and Galaxy S6 Edge so it probably won’t offer them to older, budget devices tomorrow or the day after.

We expect Samsung Galaxy Note 3 Lollipop problems to continue. We’ve seen tons of complaints about the update and we don’t expect users on Verizon, U.S. Cellular or Sprint to be immune to them. Rigorous testing process or not, bugs and problems always slip through the cracks and we’re expecting more Galaxy Note 3 models to experience similar issues after receiving their upgrades. 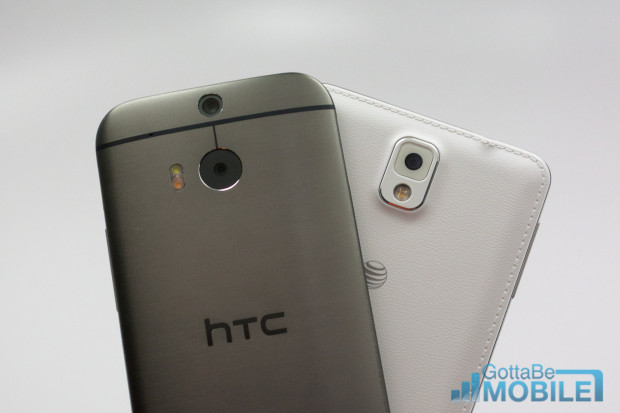 Those of you who prepare your device ahead of the Android 5.0 Lollipop release date will lower the odds of contracting Galaxy Note 3 Lollipop problems but you always assume some risk installing a major Android update like Android 5.0. Be proactive and research bugs, fixes, and performance before installing the software.

We do expect Samsung and its carriers to roll out bug fix updates for Galaxy Note 3 Android 5.0 Lollipop problems. Samsung’s already rolled out an update that brings back Mute Mode and we expect carriers to push smaller updates aimed at tackling Lollipop problems in the future. It’s hard to say when these updates will roll out though we’d be surprised if carriers waited for Android 5.1.

The Samsung Galaxy Note 3 just turned a year old which means that it has another year (at least) of Android updates. Samsung typically keeps devices updated for a year. In our eyes, this means that it will probably get Google’s next major Android update, if it does release a new update later this year.

After it reaches the two year mark in October of this year, the device will sit in a gray area. Just don’t expect Samsung to say anything publicly until we get much further down the road.