Samsung is known for the tight security it keeps around its flagship designs. In fact, the security is so good, that we haven’t seen the Galaxy Note 3 leak out yet ahead of its upcoming launch on September 4th. That’s extremely rare for an Android phone as most show themselves numerous times ahead of launch. That of course doesn’t mean that there are no design clues out there. On the contrary, there are plenty including today’s leak which appears to show off another Galaxy Note 3 front panel.

Read: Galaxy Note 3 vs Note 2 vs Galaxy S4 vs HTC One vs iPhone 5 Comparison. 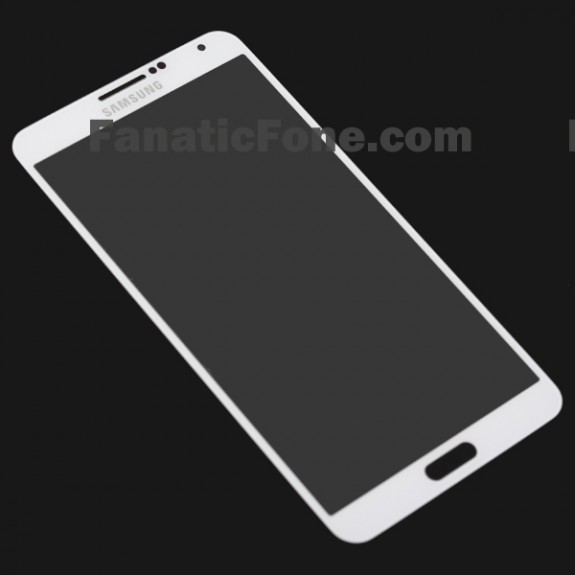 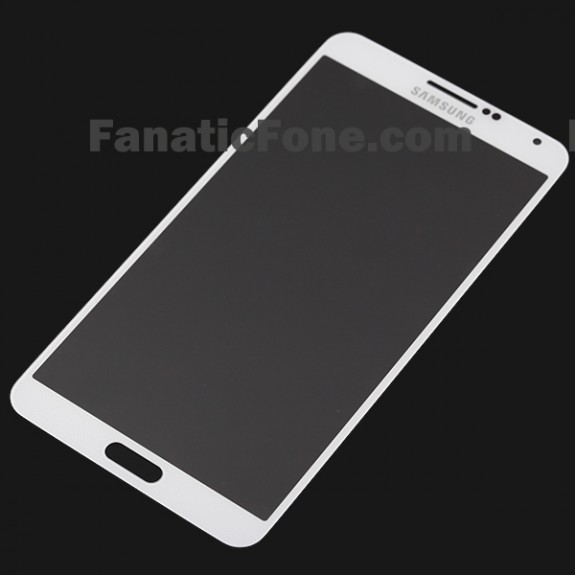 Rumors have suggested a black, white and pink Galaxy Note 3.

Rumors have suggested that the Galaxy Note 3 will come in two colors at the beginning, black and white like the Galaxy S4, but will also come in pink about a month after the device’s launch. In the past, Samsung has been extremely slow to get new colors to shelves so this would be a bit of a surprise if it were to get a new color out that quickly.

Like the black front panel, the white front panel appears to be for a large device which fits the Galaxy Note 3 as it’s expected to have a display that measures 5.68-inches. It’s also rumored to be coming with 1080p resolution, an upgrade from the 720p display on the Samsung Galaxy Note 2.

The Samsung Galaxy Note 3 compared to the best smartphones of 2013.

Other features are said to include a 13MP camera, Android 4.3 Jelly Bean, a new S Pen, a new design and a Snapdragon 800 quad-core processor from Qualcomm.