After months of rumors, Samsung announced the Galaxy Note 3 alongside the Galaxy Gear smartwatch in Berlin, Germany. The device, as expected, is a slimmer, lighter, more powerful version of the Galaxy Note and it will be coming to replace the Galaxy Note 2 as the company’s flagship large screen smartphone.

Samsung detailed all of the specifications of the Galaxy Note 3, but, it also confirmed the long awaited Galaxy Note 3 release date for September 25th worldwide. 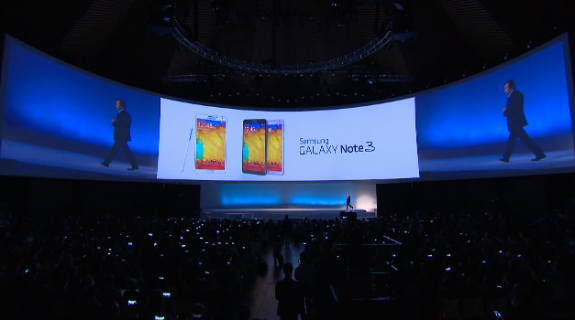 The Samsung Galaxy Note 3 release date has been confirmed.

The company says that it will be released in 149 countries, a list that could include the United States, though we haven’t seen any carriers confirm their exact plans for the device just yet. Samsung says other countries beyond those 149 will get it by October.

AT&T, Sprint, T-Mobile, U.S. Cellular and Verizon are expected to carry the device at some point later this year and we expect them to announce their intentions at some point today or in the near future, offering buyers a wait to sign up for more information and or a pre-order for the Galaxy Note 3.

The Samsung Galaxy Note 3 comes with a larger 1080p display, quad-core processor, a brand new camera, a new design that is both lighter and thinner, a faux leather back, Android 4.3 Jelly Bean, new multitasking functionality and a new S Pen experience that should help to entice customers to buy into Samsung’s latest phablet.

Samsung has announced that the device will come in black, white and pink though it’s unclear if those three will be available across carriers when the device arrives in a few weeks.