Galaxy Note 3 rumors suggest that we’ll be seeing a device with a larger screen than the Galaxy Note 2’s 5.5-inch display with 5.68-inches now thought to be the size of the Galaxy Note 3 display. The device is also expected to feature an upgraded 13MP camera, a design that is similar to the Galaxy Note 2, 3GB of RAM, a powerful quad-core processor, a massive battery, Android 4.3 Jelly Bean and most likely, some unique software. Needless to say, very little is left to the imagination.

While nothing is set in stone, here is what consumers should expect from the Samsung Galaxy Note 3 release date later on this year. 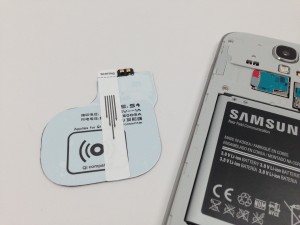 The Galaxy S4 is a prime example of Samsung’s release approach.

Samsung has started to become very Apple in its approach to the timing of its smartphone release dates. In the case of the Galaxy S3, Galaxy S4 and the Galaxy Note 2, we saw the device arrive for regions outside the United States just a month after their release. This was much faster timing than Samsung had ever delivered in the past and it’s timing that we expect for the Galaxy Note 3 release date.

With the Galaxy Note 3 expected to arrive on September 4th, we expect Samsung to deliver a release date that is only a few weeks after its announcement. Already, we’ve seen rumors suggest that it will be arriving in late September, at least in some regions, and given Samsung’s history, this timing makes a whole lot of sense.

We expect the Galaxy Note 3 release to fall in line with the companies previous releases and given the amount of competition that it will be facing, Samsung is left with little choice but to get it out as quickly as possible.

We could see a few share release dates but we expect them, for the most part, to be different and spread out over a number of weeks during the fall.

Unlike Apple’s concrete iPhone release date, Samsung’s smartphone release dates are still dictated by carriers which means that they release them at their discretion. With tons of devices on the way, carriers are likely going to need to debate when it might be best to release the Galaxy Note 3, something that will likely be heavily dictated by the devices in their pipelines.

Whatever the case may be, expect U.S. release dates to be vague at first and get confirmed much closer to the actual day of release. This goes for AT&T, Sprint, T-Mobile, U.S. Cellular and Verizon, all of which are expected to carry the device.

That said, expect some carriers to lag behind, namely, Verizon. Verizon is notorious for being extremely slow to big name devices not called the iPhone. For instance, the HTC One, which arrived in April for AT&T, Sprint and T-Mobile, is still not out on Verizon. It will show up sometime this summer, but a date is not yet know. It was announced in June.

Verizon was late to the Galaxy Note 2, Galaxy S4 and HTC One.

It’s not confirmed but it’s expected.

Length of pre-orders will vary, carrier to carrier, but we expect all of them to offer a pre-order on the Galaxy Note 3 in order to capitalize on consumer interest.

There is a rumor that suggests that carriers may opt to carry a 32GB Galaxy Note 3, something that has never occurred in the United States. It’s unclear if American carriers will buy into this and if they do, if they will replace the 16GB model or offer both the 16GB and 32GB Galaxy Note 3. 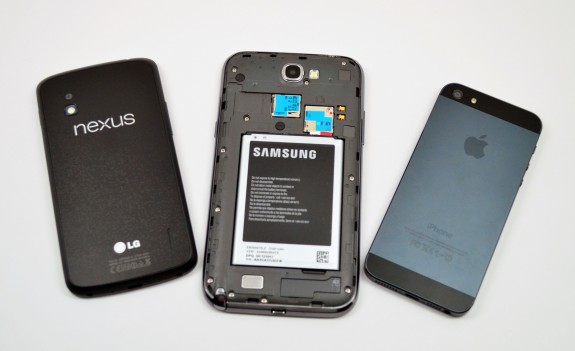 Expect storage options to be limited at launch. The iPhone 5 came in 16GB, 32GB and 64GB upon release.

Whatever the case may be, expect there to be limited storage options. Given the microSD card support that will likely be on board, it could be that some carriers opt to only carry the Galaxy Note 3 in one storage variant. And even if they decide to carry two variants, it could be that one of the models launch down the line, much like the AT&T and Verizon 32GB Galaxy S4.

A 64GB Galaxy Note 3 seems out of the question at launch seeing as though no carrier in the U.S. has ever offered that model.

Samsung showed that it could handle supply issues with the Samsung Galaxy S4 and we fully expect that it will accurately predict Galaxy Note 3 demand as well. The company has cited its plastic designs as a reason why its able to pump out millions of devices and keep stock afloat and rumors point to the Galaxy Note 3 being plastic.

What this means is that we shouldn’t see the device in short supply when its release rolls around, something that Apple may not be able to say about the iPhone 5S.

Consumers should expect a ton of competition around the Samsung Galaxy Note 3 release date, especially if it does occur in late September as expected.

Apple has lined up an iPhone launch for September 10th which means that the iPhone 5S will likely be launching in late September. HTC has an HTC One Max on the way and it could be debuting in September at IFA 2013 as well. Sony is expected to release the Sony Xperia Ultra Z in September and we should see the LG G2 appear in the United States in just a few short weeks as well.

The fall smartphone lineup is loaded and while the Galaxy Note 3 figures to be one of the bigger name devices, it certainly will not be without competition come release day.