Prior to the arrival of the Samsung Galaxy S4 back in March, there was talk about a software feature called Samsung Orb which might be coming aboard the current flagship Galaxy smartphone. That feature was rumored to be Samsung’s version of Photo Sphere, a feature found in Android 4.2 that allows users to take 360-degree panoramic photos.

The Galaxy Note 3 may feature a Photo Sphere-like software feature.

Evidently, the Galaxy Note 3 will be the first Samsung smartphone with Samsung Orb out of the box and will be coming to other devices like the Samsung Galaxy S4, Galaxy Note 2 and Galaxy S3 at a later date. No release for those devices was mentioned but we imagine they could get it with an incremental Android update.

Read: 3 Things to Know Before Buying the Samsung Galaxy Note 2. 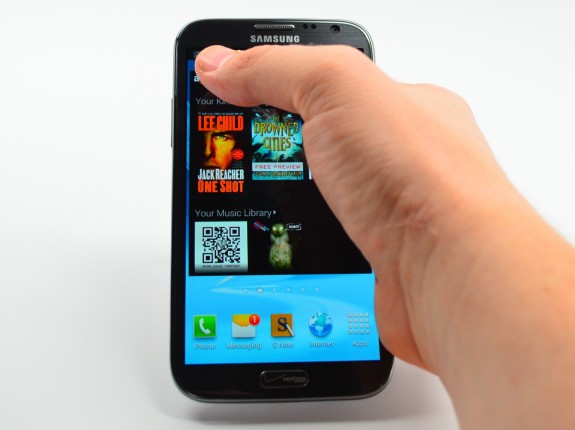 As for the feature itself, it’s said to work similarly to Photo Sphere but will have Facebook integration on board so that users can easily share their panoramic photos with friends. Photo Sphere shares photos on Google+, Google’s rival social network.

Samsung has not yet revealed the feature and it has yet to make any Samsung Galaxy Note 3 details known. However, rumors suggest that the new phablet could debut in September at IFA with a release coming in the weeks after.

So far, rumors have suggested an unbreakable flexible display, Exynos 5 Octa octo-core processor and a new S Pen. Other features remain a mystery and likely will be until the launch gets closer.