For months now, Samsung Galaxy Note 3 rumors have risen to the surface, teasing prospective buyers with features, release dates and more. Most recently, we saw what is thought to be the Galaxy Note 3 model number show up in a User Agent Profile on Samsung’s website, showing off an SM-N900A model number to go along with a 5.7-inch 1080p display.

Read: iPhone 5S vs. Samsung Galaxy Note 3: What We Know So Far. 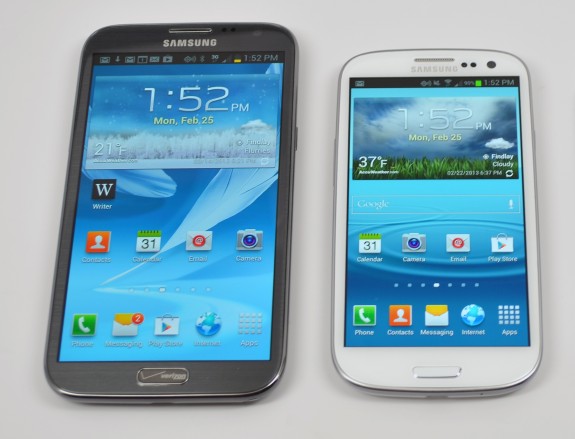 Other rumors contest that the Galaxy Note 3 could arrive with a quad-core processor, likely of the Qualcomm Snapdragon 800 or Exynos 5 Octa variety, along with a 13MP camera. There is also speculation that the device could arrive in both premium and cheap forms with differing specifications including plastic and premium designs.

Coming back to the SM-900A, that model number was thought to possibly be the model heading to AT&T, something that has been backed by a new report that claims to have information on several Galaxy Note 3 model numbers.

According to Samsung Updates, the Galaxy Note 3 will indeed have a 5.7-inch display with 1080p resolution and currently, it’s running Android 4.2.2 Jelly Bean and not Android 4.3. That could definitely change by the time it’s released but it does line up with previous rumors that indicated that Android 4.2 was on board right now.

The site also mentions that it has information on the model numbers of several Galaxy Note 3 variants, with a breakdown that looks like this:

This lines up with what we heard about the SM-N900A when it first leaked though this is the first time we are seeing T-Mobile, Sprint, and Verizon mentioned as potential Galaxy Note 3 carriers. Given that all of these carriers had success with the Galaxy Note 2, it’s not surprising to see them rumored. Still, this should be taken with a grain of salt.

Oddly, we aren’t seeing a U.S. Cellular model here so it’s unclear if the carrier will miss out or if the information simply hasn’t leaked to the surface yet.

The Samsung Galaxy Note 3 isn’t supposed to launch until September so it’s likely that more carrier information will leak out between now and then. For now, it’s looking increasingly likely that the big named carriers will be getting the Galaxy Note 3.