Samsung Galaxy Note 4 rumors continue coming together ahead of its September launch as new photos appear to line up with yesterday’s spy shots and depict a Galaxy Note 4 design with some familiar attributes.

As we move closer to Samsung’s Unpacked 2014 Episode 2 event, we’re starting to see Samsung Galaxy Note 4 rumors firm up. Galaxy Note 4 release date rumors and Galaxy Note 4 specs have started to align weeks ahead of the Galaxy Note 4 launch date providing a very vivid picture for those trying to decide between the new Galaxy Note release and a device like the iPhone 6.

In the past two weeks alone we’ve confirmed the Galaxy Note 4 launch date for September 3rd, narrowed down its release date, and sorted out many of the Galaxy Note 4 specs including its likely processor and its design. Today, new alleged Galaxy Note 4 photos have emerged thanks to GSMArena and these new photos line up with what we’ve heard thus far about the Galaxy Note 4. 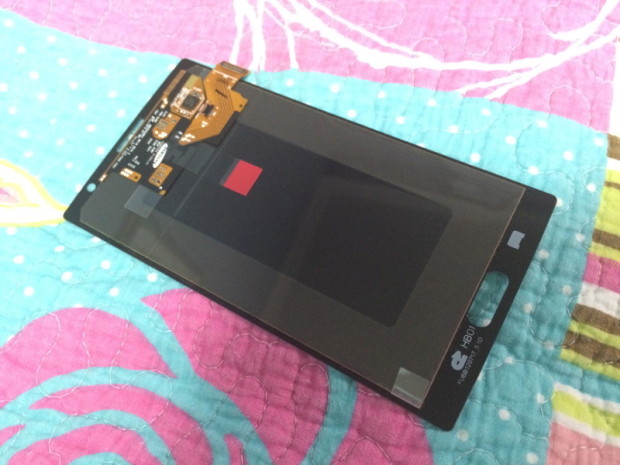 Yesterday, a massive Galaxy Note 4 leak exposed what could be the final Galaxy Note 4 design. Today’s photos seem to match up with that design and showcase some of the Galaxy Note 4’s design specs including a large display, chamfered edges and a home button that could very well play host to a fingerprint sensor for added security. Unfortunately, this supposed Galaxy Note 4 front panel doesn’t reveal much else.

These recent Galaxy Note 4 leaks are surprising given the security that Samsung usually sets up around its flagship designs. However, these leaked pieces match what we’ve heard about the Galaxy Note 4 design. Rumors have pointed to a large 5.7-inch display, a home button with a fingerprint sensor, and a new design that could finally feature metal. Yesterday’s photos showed a design with a textured plastic back with a metal band around the side for a premium look. 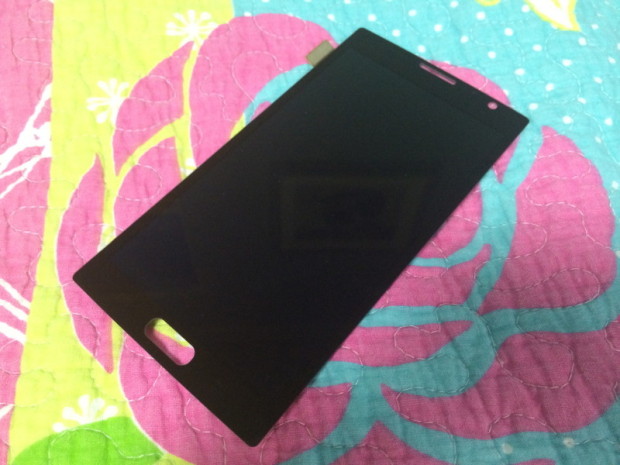 This could be the Galaxy Note 4’s front panel.

This new premium build could be one of the features that Samsung’s markets in the Galaxy Note 4’s likely fight with the iPhone 6, another flagship smartphone that’s expected to arrive in September. iPhone 6 rumors point to a much larger device, 4.7-inches and 5.5-inches, with a sleek and slim aluminum design that could top last year’s iPhone 5s.

The Galaxy Note 4 design rumors are just the latest to firm up ahead of the device’s highly anticipated launch. Galaxy Note 4 specs are said to include a massive 5.7-inch QHD display, Snapdragon 805 processor, improved camera sensor with image stabilization, 32GB of storage, and a release on all five top carriers in the United States including AT&T, Sprint, T-Mobile, U.S. Cellular, and Verizon Wireless.

Those specifications aren’t confirmed but they’ve emerged over and over again and look like strong candidates for the final version of the Galaxy Note 4 that’s expected to touch down at Samsung’s upcoming Unpacked event.

Unpacked 2014 Episode 2 will kick off on September 3rd in Berlin, Beijing and New York City. Europe, Asia, and the United States are key battlegrounds for Samsung and Apple and the triple header will provide some much needed exposure for Samsung and its Galaxy Note series.