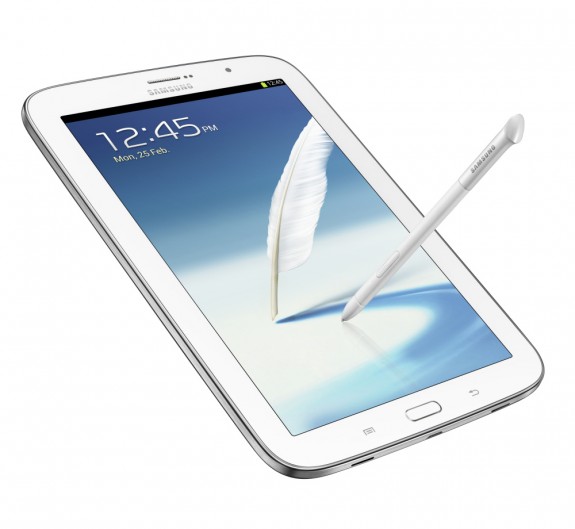 The Samsung Galaxy Note 8.0 becomes the second Galaxy Note tablet to hit shelves in recent months joining the much bigger Samsung Galaxy Note 10.1 which arrived last year. The Galaxy Note 8.0, as can be surmised by the name, is an 8-inch tablet that, like the other Note models, comes with Samsung’s S Pen stylus that allows owners to take advantage of the device’s display and a host of unique applications. The screen is a mere 1280×800 resolution, however.

It also features a quad-core Exynos processor, 16GB of storage with 64GB microSD card support, 2GB of RAM, and Android 4.1 Jelly Bean with TouchWiz on top of it. 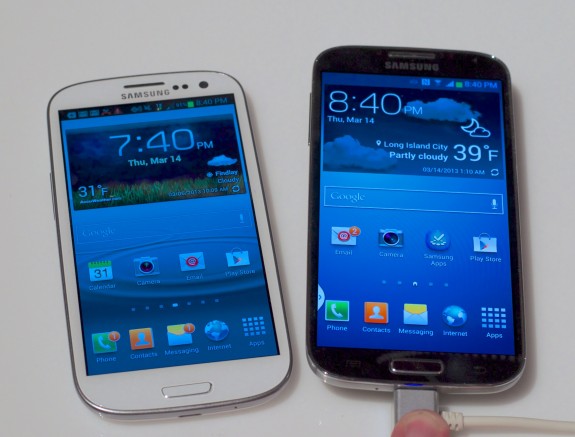 The Galaxy S4 still doesn’t have some release dates set in stone for the U.S.

Until today, it was unclear just when it might be landing in the United States to compete with the iPad mini and now, we finally know. The device will touch down on April 11th for $399 and it will be available through a host of retailers including Amazon and Best Buy. At $399, it will be slightly more expensive than Apple’s cheapest iPad mini which starts at $329.