It appears that the Samsung Galaxy Note has again passed through the FCC and again has compatibility with AT&T’s bands. And while we still don’t have anything in the form of an official announcement from Ma Bell or Sammy, it’s looking like an announcement could be coming at some point before the holiday season ends.

Nothing is set in stone obviously, but this should definitely excite those of you that have been waiting for it.

The Galaxy Note that passed through the FCC just a short time ago has support for AT&T’s 850/1900MHz bands but has a different model number then the original device. This device is dubbed GT-N7000B. 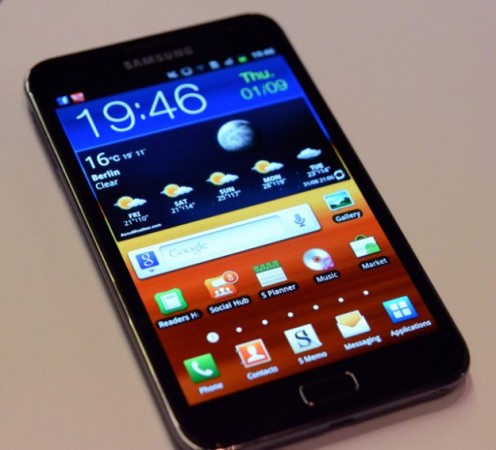 We went hands on with the Galaxy Note back at IFA in Berlin and we absolutely loved it so we’re thrilled that progress is being made to get it to a carrier in the U.S.

Let’s just hope that happens sooner rather than later.