If it wasn’t already apparent that Samsung is committed to the S-Pen, the company is showing that its serious about the digital stylus with a 5 percent investment in Wacom giving it minority voting rights. Samsung has announced that it is making an investment of $58.9 million to ensure the digitizer that powers its Galaxy Note line of tablets and phablets will be here to stay. 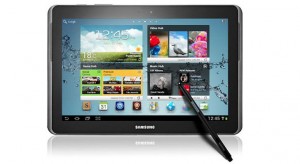 Samsung had experienced what many would consider to be a surprising success with the digitizing stylus. When the iPhone launched, Apple CEO Steve Jobs told the public that the stylus is archaic and dead, and that the iPhone’s all-touch user interface is paving the future of mobile computing by making it intuitive, easy, and convenience to tap, swipe, and draw with your fingers.Even Apple’s adoption of point-of-sale mobile terminal systems, which rely on an iPad Touch with a credit card reader, neglects a pen to capture a digital signature and instead asks users to sign with their fingertips.

And at that point, Jobs was correct. Old non-digitizing stylus products of yore relied on resistive touchscreen technologies, meaning you had to press hard with the stylus tip. Those PDAs and smartphones required precision presses and were not built with touch experiences in mind. The stylus provided for accurate screen taps, which required cumbersome two-handed operations rather than the one-handed UI of the iPhone. 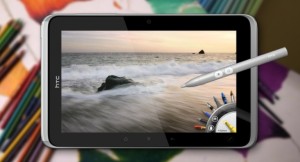 And though other companies have tried to adopt either a capacitive touchscreen stylus, the the Rubberdium stylus that has a fine capacitive tip for use on touchscreens, or various active digitizers, like HTC’s Magic Pen or Scribe Pen, none have achieved the success that Samsung has achieved with its S-Pen. Much of the reason for the S-Pen’s success is that Samsung has thoughtfully integrated the software into its TouchWiz UI so that S-Pen functionality exists at the OS level, and not just within select apps like HTC’s implementation, and the S-Pen brings consistent and new innovation to the touchscreen experience.

The S-Pen Experience Is Best With Meaningful Software

In the first generation Galaxy Note tablet, Samsung made it easy to tap, select, draw, write, and scribble with the S-Pen. You can navigate the Android UI with the S-Pen by flicking the pen’s tip, or you can have a more precise drawing experience through Samsung’s S-Note app, which emulates the Microsoft OneNote experience on a Tablet PC of yore. Though the pen is said to be able to differentiate between various pressure levels, the pen only registered a few pressure levels when trying to draw with the brush stroke.

In the second generation Note, called the Note II, Samsung added even more capabilities. Hovering with the S-Pen brought forward links and drop-down menus. The S-Pen is even more refined with additional pressure sensitivity levels and gestures with the pen are supported to quickly launch apps or perform specific tasks. And as the hardware evolved, the S-Note app also evolved. Hand-drawing a circle or square, the S-Pen can make it a perfect circle or square much like how it could interpret handwriting and convert it to typed text.

The one gripe about the Note II is that the S-Pen from the first generation didn’t quite work with the Note II. I bought the S-Pen and the S-Pen holder, which makes it a bit more ergonomic to use pen input, and that sort of worked on the Note II, but not without a lot of erratic behavior that made it a frustrating experience at best. In the future, hopefully Samsung and Wacom can iron out the technology so that legacy digitizing stylus hardware can work with newer smartphone and tablet hardware to bring a little bit of backward compatibility.

The monetary investment and commitment in the S-Pen would allow Samsung and Wacom to work together to research and develop new products and will help Samsung secure the parts it needs for its next generation of Galaxy Note products. The S-Pen has been a great way for Samsung to differentiate its products and offer something new and different to consumers.