Samsung introduced the Galaxy Note at IFA 2011 today during a press conference. Part phone and part tablet, the Galaxy Note is designed to meet all of your mobile needs. The big news here is that the device features a stylus for note taking, drawing and marking up images.

I got to spend some time with the Galaxy note and liked a lot of what I saw, but think that most consumers will consider the device too large. The geek in me wants one of these things right now, but I don’t think it’d replace my tablet needs. 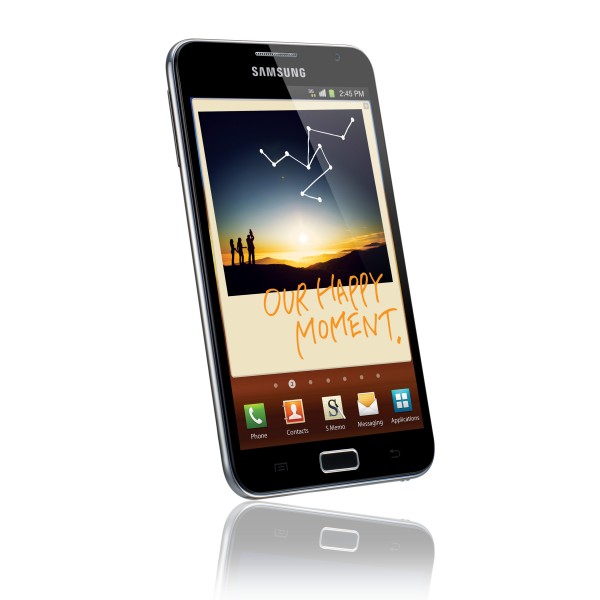 I got to spends some quality time with the Galaxy Note at a closed briefing yesterday and really enjoyed using the stylus. The stylus has a magnet embedded in it that  activates palm rejection when the stylus is touch on the display. Writing and drawing feels a lot more natural that most are used to since it’s pressure sensitive.

The 5.3″ display is another standout feature. The AMOLED display has a resolution of 1280 x 800 pixels. Images look great and the high resolution makes it a lot more useful. According to Samsung, 5.3″ is the largest screen they could put on the Galaxy Note while ensuring portability

Another thing I like about the Galaxy Note is that it has a 2500 mAh battery. Samsung isn’t quoting battery life times quite yet, but the large battery should mean all-day productivity. Some of Samsung’s Android smartphones have batteries in the 1500mAh range by comparison. Even though Samsung stuffed a large battery in the device, it’s relatively thin, measuring just 9.65mm thick. It’s lighter than it appears at first glance, weighing in at just 178 grams.

Samsung’s Galaxy Note has dual cameras. There’s an 8MP camera on the back and a forward-facing 2MP camera for video chat.

Another cool feature is that the Galaxy Note can easily capture any screen so you can annotate it with the stylus. You can also make selections of any shape and size with the stylus to copy and paste into documents if you only want to share part of your screen.

Samsung is planning on releasing an SDK so developers can build pen-optimized apps for the device.

Samsung will be offering a range of accessories including a premium case, Bluetooth keyboard and HDTV adapter.

Availability, pricing and partner carriers haven’t been announced yet.