Samsung announced today that its Android superphone, the Samsung Galaxy S II, has already surpassed 1 million units sold in Korea saying that the phone has been “selling like hotcakes.” The company also revealed that the Galaxy S II has sold faster than any of its previous devices even surpassing the fast start of the Samsung Galaxy S by a whopping 40 days. 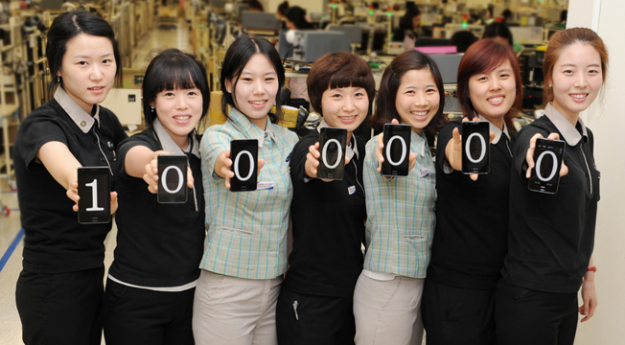 The Galaxy S II debuted in Korea on April 29th and has slowly been making its way around the world. And one place that it hasn’t been released yet is in the United States. It’s currently unknown when the device is going to be hitting shelves here in the U.S. but it appears that Samsung might be undertaking a release similar to what it did for the original Galaxy S.

Currently, no carriers are known, but it appears likely that the Galaxy S II will be arriving on AT&T, Sprint and Verizon. T-Mobile also accidentally confirmed the device back when it was announced so it’s possible that we could see a launch on all four major U.S. carriers.

If sales in Korea and around the world are any indication, the Galaxy S II surely has a chance to break more records when it’s finally in the United States.

Anyone here in the U.S. already committed to buying this phone?