Samsung finally took the covers off of its ‘Next Galaxy’ at an event in London today, showcasing the company’s latest in smartphone hardware, a device that is appropriately called the Samsung Galaxy S III. 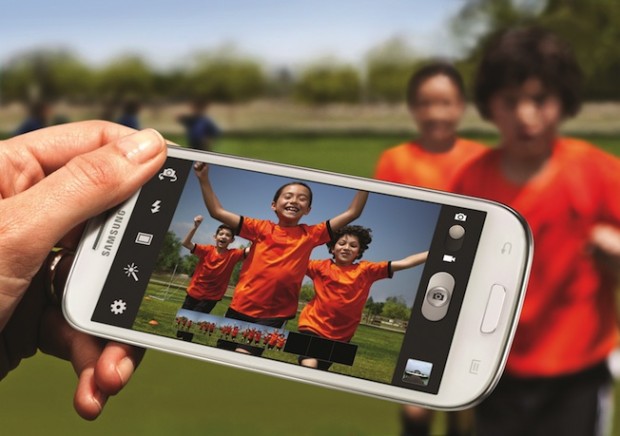 They include a a 4.8-inch Super AMOLED display with 720p resolution, an 8 megapixel rear camera and a 1.9 megapixel front camera, ”S Voice” voice recognition technology, face and gesture recognition, Bluetooth 4.0, and a 2,100mAh battery. It will also feature a 1.4GHz Exynos quad-core processor.

As for the design, the Galaxy S III looks a little bit like the Galaxy Nexus with a hint of Galaxy S II and it weighs a 133g and features a 8.6mm design, much thicker than was rumored.

The device also features a physical home button on the bezel of the Samsung Galaxy S III.

Samsung did not make any sort of official release date clear, only saying that it would be releasing the phone in the UK later on this month.

Both Vodafone and O2, UK based carriers, have confirmed that they will be carrying the Samsung Galaxy S III. Neither revealed any sort of pricing for the device.

Samsung says that the device will be hitting other markets in the future with the 4G LTE model hitting the United States sometime this summer.