Though Samsung had only launched its third-generation flagship Android smartphone recently, the Galaxy S III is already receiving its first firmware update over the air. The OTA update is starting to appear on user’s handsets and customers can download and install the update direct from their phones.

GSM Arena is reporting that at this time, the update doesn’t appear to bring any new features or capabilities to the smartphone, and Samsung is only listing improved stability as part of the short change log for the updated software. It’s nice to know still that Samsung is continuing to refine and tweak the user experience on the smartphone to make it even better. 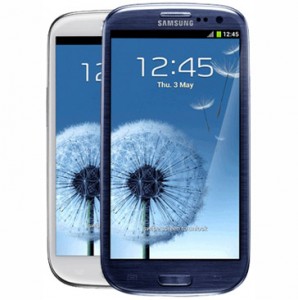 Though the Samsung Galaxy S III has been available internationally, it won’t come to U.S. carriers until June 21st at the earliest, with Sprint, T-Mobile USA, and AT&T all launching on that day. Verizon Wireless and U.S. Cellular are due for a July launch and C-Spire just announced today that it would join the party with a launch of the handset later this year.

The Galaxy S III will have some competitive rivals, such as the One X on AT&T, the EVO 4G LTE on Sprint, and Apple’s rumored iPhone that will be coming this fall.

The Android smartphone features a 4.8-inch HD Super AMOLED display, dual-core Snapdragon S4 processor in the U.S., along with either 16 GB or 32 GB of on-board memory alongside 2 GB RAM. Users can add additional memory through a storage card. Samsung is also launching NFC-enabled TecTile stickers as an accessory for the smartphone.