While Samsung has confirmed that a 4G LTE version of the freshly announced Samsung Galaxy S III will be headed to the U.S. this summer, the company has yet to confirm the device for any American carriers. However, already, there is speculation that Sprint, at the very least, will be getting the device.

The Verge is reporting that a source close to the matter has told them that the device will likely be heading to Sprint’s 4G LTE network at some point this year. There was no elaboration on when Sprint customers might expect the Galaxy S III to arrive.

If true, it would not be a surprise. Sprint’s 4G LTE network needs all of the help that it can get in its fight against AT&T and Verizon. Adding the Galaxy S III to a 4G LTE lineup that already includes the Samsung Galaxy Nexus and the HTC EVO 4G LTE would provide the carrier with quite the arsenal. 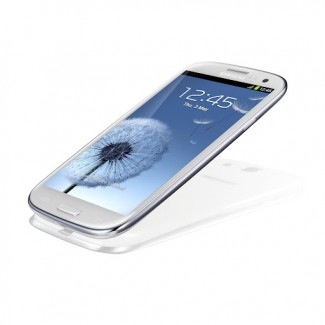 In addition, Sprint has carried both the Samsung Galaxy S and the Galaxy S II – in the form of the Epic 4G Touch.

This rumor comes after another U.S. carrier, Verizon, was also rumored to be getting the Samsung Galaxy S III. That leak came from a Verizon road map leak that indicated that the carrier was planning to offer the new Galaxy in addition to the Galaxy Nexus that it already has on its 4G LTE network.

Both AT&T and T-Mobile seem like candidates for the device as well as both have in the past, carried Galaxy S devices.