It appears that the Samsung Galaxy S III might hit the United States by June 20th.

According to TMoNews, the Samsung Galaxy S III is slated to hit T-Mobile on June 20th. That release date is for the 16GB and 32GB variants of the pebble blue colored Galaxy S III that has been delayed in some regions because of quality concerns.

As for the 16GB white version of the Galaxy S III, it apparently won’t hit T-Mobile until July, specifically July 11th, which is almost a month after the blue models rumored launch date.

Sadly, there is no word on three important items. One, it’s unclear whether T-Mobile will carry a 32GB version of the white Samsung Galaxy S III. There was no release date given for that device, only the 16GB model.

Two, whether or not the delay of the pebble blue device will affect the launch in the United States. Some regions are seeing a two to three week delay and right now, it’s unknown as to whether that could mess with U.S. availability. Release dates often change and it’s certainly possible that June 20th might not end up being the final date for the Galaxy S III. 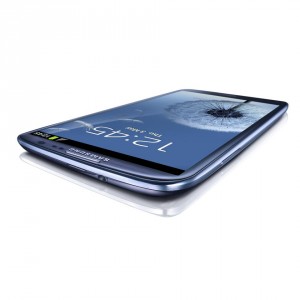 Pricing of the device is currently unknown and likely will be until T-Mobile finally announces the device.

The Samsung Galaxy S III is expected to land on all four U.S. carriers though none of them have announced anything just yet. We assume that they will all be offering the device on or around the same date.

Release dates for the AT&T, Sprint and Verizon models have not leaked out just yet.