It appears that the Samsung Galaxy S III Android 4.1 Jelly Bean update has leaked on video ahead of its rumored arrival on August 29th.

Android Police have found a video on YouTube that seems to depict the Android 4.1.1 Jelly Bean update running on a Samsung Galaxy S III. We have heard that the update is in testing and is rumored to be rolling out later this month and this to back that up, at least just a little.

The video is long but it does show off some of the new features coming to the Galaxy S III with Android 4.1 Jelly Bean, Google’s new mobile software.

In it, we see the device’s new revamped notifications bar which will offer users a host of new functions including the ability to easily share things like screenshots. The new Notifications are also seen in the video, notifications that are native to Android 4.1 Jelly Bean.

It also gives a demonstration of Google Now, the new predictive service within Android 4.1 Jelly Bean, though, it’s in Spanish and not English. Still, it’s a look at how the feature will function on the Galaxy S III, which isn’t any different than on devices currently running Jelly Bean.

And while the video is a bit choppy, the transitions between the different home screens appear to be fairly snappy. Not surprising considering the Galaxy S III is a powerful smartphone and Jelly Bean brings a faster, smoother UI. 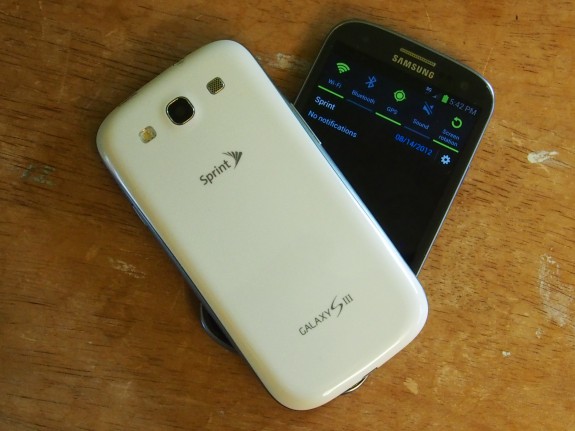 The Galaxy S III may get Jelly Bean on August 29th. But owners in the U.S. should expect it later.

Now, unfortunately, the user who posted this video sheds no light on when the update will arrive. Again, we’ve heard August 29th is a possibility for a start date and we’ve also heard exclusively, that the Verizon Galaxy S III Android 4.1 update is closer than it would seem.

We imagine the international devices will get their upgrade first, maybe on August 29th, and the carriers in the U.S. will follow later this year.

In any event, it’s looking like Samsung will be able to get this software out to Galaxy S III owners in the relatively near future, something that often doesn’t happen in the world of Android updates.